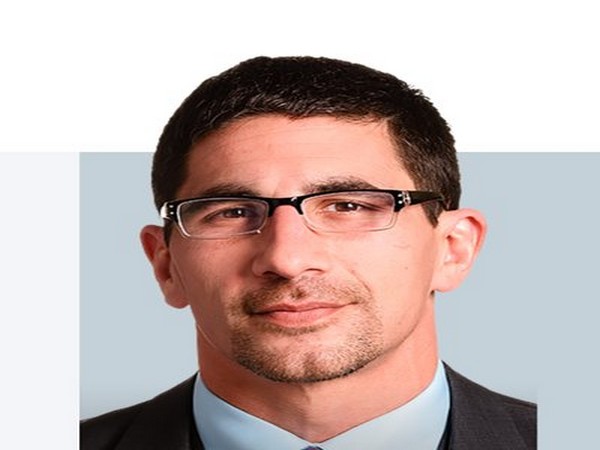 Washington DC [US], July 3 (ANI): China's actions in Pangong region, Eastern Ladakh, in India has helped the world know the true colours of Beijing, said Jeff M. Smith, Research Fellow, South Asia-Heritage Foundation.
Taking to Twitter, Smith said, "What I'd say to China if I were in Delhi: If seizing the grey zone at Pangong was the cost we had to pay to see your true colors, to mobilize the country against you, it was worth it. Continuing to pretend you were a partner would've done even more harm to us over the long term."
While urging India to continue its policy of negotiation and restore the pre-May status quo at the Line of Actual Control (LAC), he said, "To be sure, I expect, and would urge, India to continue negotiating and seeking a restoration of the pre-May status quo at the LAC. That would be the ideal outcome."
In a series of tweets, he said, "The practical changes to the LAC military balance are likely modest. But the geopolitical impact of India abandoning a hedging posture could be profound--*if it follows through.* Heck, denying China a grip over Indian 5G+social media space could--by itself--prove very consequential."
"But if it has to, I believe India can live with the change to the LAC status quo. At Pangong, China has strengthened its hold over a grey zone where it already enjoyed superior access/control. At Galwan it already enjoyed positions overlooking DSDBO road on its side of the LAC."
Underscoring that enhancing the defence capabilities coupled with denting on China's economy will strengthen India's position, he said, "It should be paired with substantial efforts to bolster Indian ISR and deterrent capabilities at the LAC to ensure this never happens again. And it should be paired with other efforts to impose costs on China (like TikTok ban) while strengthening India's own position (Quad, etc)."
"Many Indians will see this as a cop out, an American an ocean away urging us to cede our territory to the Chinese? Won't this run the risk of appeasement? Encourage more LAC adventures? It doesn't have to. (And there aren't great alternative options)," he added.
Twenty Indian soldiers were killed last month in a "violent face-off" with Chinese troops at Galwan Valley in Ladakh as a result of an attempt by the Chinese troops to "unilaterally change" the status quo during de-escalation in Eastern Ladakh. (ANI)