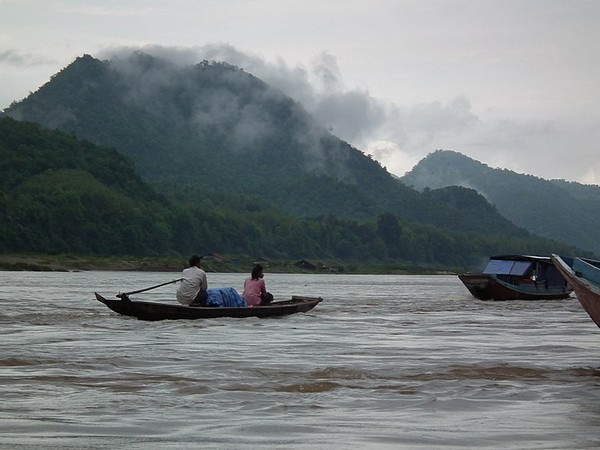 Bangkok [Thailand], April 14 (ANI): A US-based research company has found that China limited the flow of the Mekong River following the construction of a number of its sprawling dams in its territory in the backdrop of a severe drought in the region last year.
The report comes at a time when the entire world is grappling with the coronavirus pandemic since late last year, when the virus first made its appearance in Wuhan, the capital of central China's Hubei province.
"The satellite data does not lie and there was plenty of water in the Tibetan Plateau, even as countries like Cambodia and Thailand were under extreme duress," said Alan Basist, who co-wrote the report, which was released on Monday, for Eyes on Earth, a water resources monitor.
"There was just a huge volume of water that was being held back in China," Basist was quoted by New York Times as saying.
Farmers and fishermen across the Mekong region were devastated as the water level in portions of the river dwindled due to dams commissioned by China which has been articulated in several research findings in the past.
The over 4,000 km long Mekong River originates from the Tibetan Plateau and runs through China, Myanmar, Laos, Thailand and Cambodia and is one of the most longest and fertile rivers in Asia.
Ironically, Chinese Foreign Minister Wang Yi, who was on a visit to Laos in February, when Beijing itself was battling with coronavirus crisis, said that "we feel your pain" and his country was suffering due to the drought. However, the report suggests otherwise.
China's control of upstream Mekong, which provides as much as 70 per cent of downstream water during the dry season has raised eyebrows although several South-East Asian countries look up to Beijing for trade, as per the New York Times.
China has introduced a global development programme which it says will aid poorer trading partners, there is a growing backlash among those countries which feels they are losing out, much like the Beijing-led OBOR initiative, which has been labelled as a 'debt trap' by many countries.
"The problem is that the Chinese elite see water as something for their use, not as a shared commodity," Brian Eyler, director of the Stimson Center's Southeast Asia program and author of 'Last Days of the Mighty Mekong,' was quoted as saying.
Several African and Asian countries are wary of China's growing imperial power, who is eager to misuse natural resources ignoring the concerns of the local population.
"This is part of China's business development. The lay people who depend on the resources of the Mekong River for their livelihoods and income are automatically excluded," said Chainarong Setthachua, a lecturer and Mekong expert at Mahasarakham University in northeastern Thailand.
The data modelling created by Basist and his colleague Claude Williams measures various components of a river's flow -- from snow to glacial melt and to rainfall and soil moisture, according to New York Times.
The scientists discovered that the natural and unhindered flow of the upstream Mekong for several years "roughly tracked water levels measured downstream at a gauge in Thailand, with occasional exceptions when dam reservoirs in China were being filled or released".
For instance, if there was a seasonal drought in China, the countries in the Mekong region -- Myanmar, Thailand, Laos, Cambodia and Vietnam did feel the same. However, if there was overabundant water in China, floods wrecked havoc the Mekong basin.
As Mekong on the Chinese side had above average volume of water, downstream countries were struck by such a severe drought that parts of the river dried up and exposed the cracked riverbed.
After studying the low water levels at one gauge in Chiang Saen, in northern Thailand, for 28 years, Basist and his colleague found out that China held back over 410 feet of river height.
"You look at our mapping, and it's bright blue with plenty of water in China and bright red from an extreme lack of water in Thailand and Cambodia. China can regulate this river's flow through dams, and that appears to be exactly what it's doing," Basist was quoted as saying.
Niwat Roykaew, a community organizer and conservationist in northern Thailand, said, "The river will be dead."
As China continues its hydropower push on Mekong River, it did not join a regional group comprising Thailand, Cambodia, Vietnam and Laos aimed at protecting the health of the river.
In a survey conducted by the group -- Mekong River Commission -- scientists warned that mindless construction of dams on the river could see a reduction of 97 per cent of sediment that flows to its mouth in Vietnam.
"Glaciers are bank accounts of water but with climate change they are melting fast. The Chinese are building safe deposit boxes on the upper Mekong because they know the bank account is going to be depleted eventually and they want to keep it in reserve," Basist was quoted as saying. (ANI)