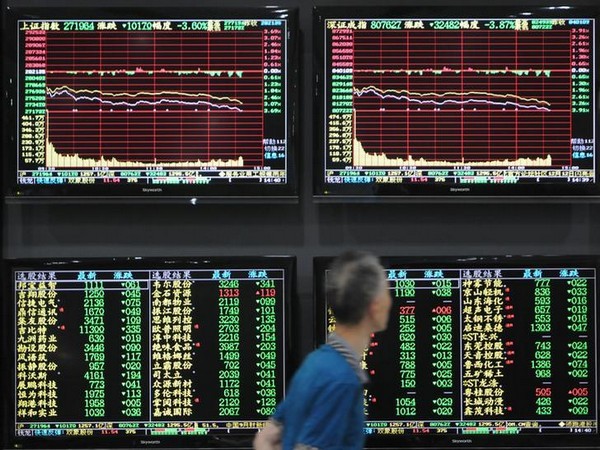 Hong Kong, May 7 (ANI): Three countries and their relations in a post-Coronavirus world will determine which way global trading systems will sway in the future. China is one of them and is fighting with its back to the wall to keep its image untarnished as the other two -- Japan and United States - up the ante.
The virus has definitely launched a be-wary-of-China campaign in most countries in Asia, Europe and certainly the United States.
President Donald Trump has been succinct in provoking American industry to snap out of the Chinese production chains for American products.
Other countries too joined the chorus. Several African countries protested the Chinese cover-up of the virus even as China aggressively pursued its global expansionist programs to Africa. Countries like Turkey cocked a snook by announcing that the antigen test kits imported from China were of inferior quality. It refused to distribute them among its citizens.
Spain followed suit followed by the Netherlands returning 'inferior quality" testing kits and face masks from China. Today it is about the quality of medical equipment from China.
Kearney, the world's influential consulting firm, released in early April its seventh annual Reshoring Index which said companies "will be compelled to go much further in rethinking their sourcing strategies, (and) their entire supply chains." It was referring to American companies which the American media interpreted after the report's release to mean that it is now time for these companies to leave China and re-assess their manufacturing.
Forbes magazine, analysing the Kearney report, said: "The new SARS coronavirus has literally closed the economies of the Western world and created a public relations nightmare for China."
The magazine suspects the USA, which decades ago made China the hub of its manufacturing because of cheaper costs, is now looking at other south-east Asian countries including Vietnam, south-Asian countries like India and Mexico.
Daily Wire, American political commentator Ben Shapiro's right-wing news and opinion website, referred in a recent article to China's bullying of the USA on the pharma front. To quote: ""In mid-March, Senator Marco Rubio told Fox News of an article in Xinhua, the Chinese state-run media agency, that stated: ''If China retaliates against the United States at this time, in addition to announcing a travel ban on the United States, it will also announce strategic control over medical products and ban exports to the United States. Then the United States will be caught in the ocean of new coronaviruses".
Forbes put this quote in perspective in a celebrated article: "China is the go-to source for ibuprofen, hazmat suits, rubber gloves, surgical masks, ventilators... companies will want to hedge their supply chain strategy by spreading their risks. That doesn't mean a full abandonment of China. It does mean China's days as the go-to manufacturing hub for the Western world are over."
The trade war between the USA and China has deteriorated further after the Corona outbreak. China went into a lock down and its companies could not keep the supply lines to the US going. By March, factory closures became the norm. Supplies thus blocked, American businesses went dizzy. Then America itself went into a virus quarantine. Smarter, it is reconsidering shifting its supply bases abroad, specially from China.
In Europe, the United Kingdom is leading the fight back against China's corporate raider image. Amid the virus furore, UK parliamentarians opposed an attempt by a Chinese government-owned investment firm to install four directors in a British tech company that manufactures smartphone chips. The UK, like all of Europe, is wary of Chinese takeover plans of companies going under because of the Corona shut down. Here are some figures: China spent around $13 billion to acquire entities in Europe and another $25 billion in the USA.
Reuters reported in mid-April: European Union's competition chief, Margrethe Vestager, told the Financial Times that member countries should buy stakes in companies to counter the threat of Chinese takeovers. Her comments "coming as the EU formulates plans to protect its businesses amid the coronavirus outbreak".
Unlike USA, Japan has already taken the initiative to get back the production bases of its companies from China. It has announced a $990 billion economic stimulus package that offers $2 billion to Japanese companies ready to shift base from China to Japan. The companies have not rejected the offer.
Japanese Prime Minister Shinzo Abe is in a bind. He is under pressure from severe right-wing groups to distance Japan from China. If that happens, it will undo everything the two countries assiduously nurtured over the last two decades.
A recent Nikkei report said: ''In Zhongnanhai, the area in central Beijing where leaders of the Chinese Communist Party and the state government have their offices, "there are now serious concerns over foreign companies withdrawing from China," a Chinese economic source said. "What has particularly been talked about is the clause in Japan's emergency economic package that encourages (and funds) the re-establishment of supply chains."
Chinese President Xi Xinping was hitherto planning to use his first state visit to Japan in April - cancelled after the virus outbreak - as well as the Olympics in July - also cancelled - as an opportunity to close ranks with Japan at a time when its trade war with the United States was showing signs of affecting its domestic industry. Abe too was planning to silence his opposition by signing yet another development agreement with China.
All that has come to a naught with economic survival becoming the buzz word. (ANI)