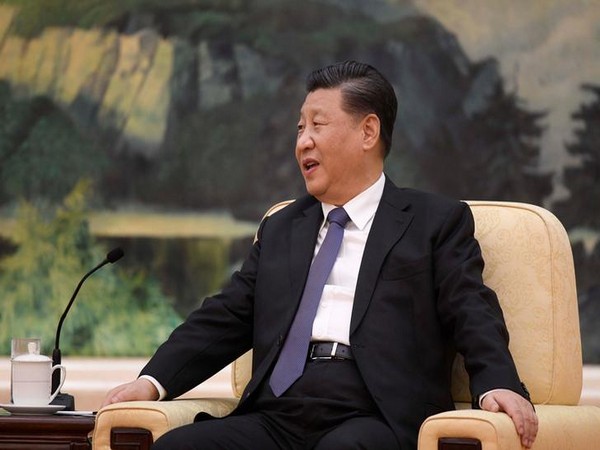 Beijing [China], April 13 (ANI): Africa-China relations have run into rough waters after a large number of African nationals, most of them students, were harassed and discriminated as the Asian giant forced coronavirus testing and quarantine over fears of imported infections.
Several African expatriates have been left homeless after being evicted by hotels and landlords as China puts strong control on overseas travellers to contain the second-wave of the pathogen that originated in its own courtyard before spreading and spraying out to the whole world.
A diplomatic crisis has emerged as Africa is upset over mistreatment of its national in China, reports CNN.
As videos of Africans under forced quarantine and sleeping out in the streets went viral, there was an outrage in Uganda, South Africa, Nigeria and Kenya.
"On Saturday, the front page of Kenya's biggest newspaper lead with the headline, "Kenyans in China: Rescue us from hell," as a member of the country's parliament called for Chinese nationals to leave Kenya immediately," writes CNN.
The fallout threatens to undermine China's diplomatic efforts in Africa built over the decades with China's trade with the continent USD 208 billion in 2019, according to official figures from China's General Administration of Customs.
Beijing has sought to invest in infrastructure projects in Africa but US officials have talked of so-called Chinese debt trap diplomacy in which countries are forced to hand over key assets to service loans they can't repay.
African governments have been quick to demand answers from Beijing on the mistreatment of their citizens.
The CNN report notes that governments of Uganda and Ghana reportedly summoned their respective Chinese ambassadors over mistreatment of their nationals.
The Foreign Ministry of South Africa, which is currently chairing the African Union, said it was "deeply concerned" by the reports.
Moussa Faki Mahamat, chairperson of the African Union Commission, tweeted that he had invited the Chinese ambassador to the AU to discuss the allegations of mistreatment.
The report said that Nigerian lawmaker Oloye Akin Alabi posted a video on Twitter of the Chinese ambassador to Nigeria, Zhou Pingjian, being asked by a Nigerian politician about the mistreatment of Africans in Guangzhou.
In an apparent effort to stem the damage, Chinese Ambassador to Zimbabwe made a tweet and said there is zero tolerance for discrimination in China.
"Our attitude is clear, firm & consistent: ZERO tolerance for racial discrimination. NOTHING can change such a position. Communication, including constructive criticism is welcome. That will help any party concerned to improve its working methods & reduce misunderstanding," he said.
He also posted a statement which said it is harmful to sensationalise "islotated incidents or what is misunderstanding caused by insufficient communication". (ANI)