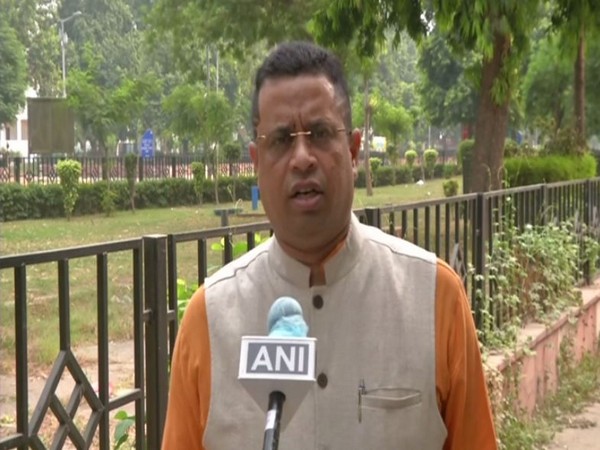 By Pragya Kaushika
New Delhi [India], October 14 (ANI): Days after BJP leaders alleged that water sprayed by West Bengal Police on party protestors during 'Nabanna Chalo' protest was laced with chemicals, party MP Saumitra Khan made a sensational claim on Wednesday that water was also "laced with coronavirus".
"Colorful spray was laced with coronavirus. We will fight even if we die. We will distribute pamphlets regarding this. This was an attempt to kill BJP cadre," Khan alleged.
"Our party member Raju Banerjee was affected by COVID-19 after the protest march. Article 356 should be imposed in West Bengal and this syndicate raj should end," Khan said.
WHO had said in March that although persistence in drinking-water is possible, there is no evidence from surrogate human coronaviruses that they are present in surface or groundwater sources or transmitted through contaminated drinking water. Some reports have said that faeces samples can harbour coronavirus.
Khan alleged that a senior official of the state government was "involved in spreading COVID-19".
The protest on Thursday last was organised by Bharatiya Janata Yuva Morcha (BJYM) against the Banerjee government over unemployment among youth.
Bharatiya Janata Party leaders and those who have suffered injuries during its Yuva Morcha protest at the secretariat have approached the National Human Rights Commission against alleged atrocities of the state government.
On Governor Jagdeep Dhankhar's remarks concerning the Trinamool Congress government, Khan, who is MP from Bishnupur, said Banerjee "speaks about a lack of democracy and speaks of Hathras but has strangled democracy in West Bengal".
"It is the Governor who is keeping Bengal safe. We were not allowed a safe protest. We were injured at Yuva Morcha protest against unemployment," Khan told ANI.
The Governor said in tweets on Wednesday that recent events indicate "most unfortunate spectacle unfolding in the state for democracy".
"Recent events @MamataOfficial indicate most unfortunate spectacle unfolding in the State for democracy - as government, supposedly upholder of the rights of the citizens, is turning out its principal violator and tormentor," he said.
"Moment I raise issue @MamataOfficial of illegal bomb making; outlaws perpetrating violence; - there is shocker in wait- Manish Shukla killing and now Blast rips roof off club in Kolkata's Beliaghata," he added. (ANI)