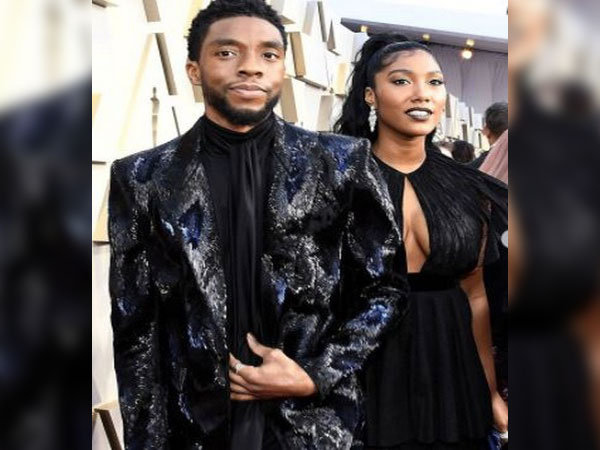 Washington [US], October 17 (ANI): Late American actor Chadwick Boseman's widow, Taylor Simone Ledward, has filed a probate case since the late actor died without having a will in place.
As per Fox News, Ledward filed the paperwork on Thursday (local time) in Los Angeles. In the papers, she requested a judge to make her an administrator of his estate with limited authority, according to documents obtained by Entertainment Tonight.
The 'Black Panther' star's estate is reportedly worth USD 938,500.
Boseman and Ledward married only a few months before his untimely passing, according to Page Six. The actor is said to have been engaged to the singer since October 2019.
As per Fox News, Boseman died on Friday, August 28 at the age of 43 from colon cancer. He never spoke publicly about his diagnosis.
"He died in his home, with his wife and family by his side," his family said in a statement at the time.
"A true fighter, Chadwick persevered through it all, and brought you many of the films you have come to love so much," the statement continued.
It concluded: "From Marshall to Da 5 Bloods, August Wilson's Ma Rainey's Black Bottom and several more- all were filmed during and between countless surgeries and chemotherapy. It was the honour of his career to bring King T'Challa to life in Black Panther." (ANI)