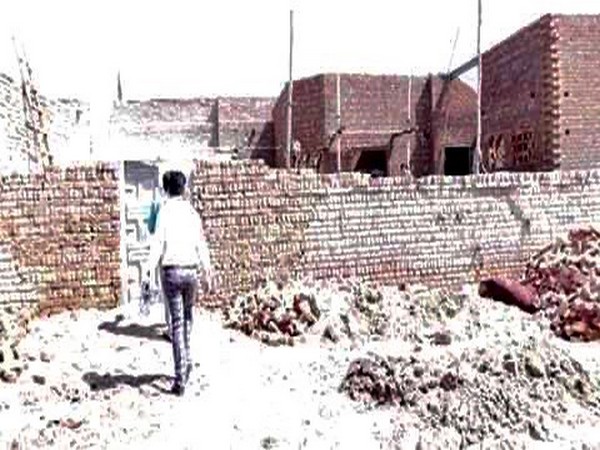 Khanewal [Pakistan], May 22 (ANI): Houses and a graveyard belonging to the Christian community in Khanewal district of Punjab province in Pakistan were destroyed and grabbed by a politician belonging to Prime Minister Imran Khan's Party, Pakistan Tehreek-e-Insaaf (PTI).
According to sources, a group of Muslims led by Zafar Iqbal Nunari, a local landlord and party member of PTI, forcibly occupied a century-old graveyard in Chak village of Khanewal district.
On the day of the incident, Nunari and his followers, including Akram Ghulam Haider, Iqbal Ghulam Qadir and others forcefully entered the Christian graveyard with a tractor and ploughed up the graves.
Members of the Christian community tried to stop the desecration, but were driven off after Nunari and his followers brandished guns and threatened the members of the minority community with dire consequences.
The Christians protested against the desecration of the graves, all of which had crosses fixed on top. Akhtar Khursheed, a former member of the district council, brought the matter to local authorities and had asked for action to be taken against the grave injustice.
Sources also said that some homes belonging to Christians were also demolished and families forced to leave the area.
Christian properties are often targeted by criminals and land grabbers because widespread discrimination makes Christian community easy targets.
Economic disparities and religious bias that exists even within Pakistan's judicial system make it difficult for Christians to recover properties that are lost.
The Christians in Pakistan also fear of blasphemy charges by the majority Muslim community in case of any resistance. (ANI)