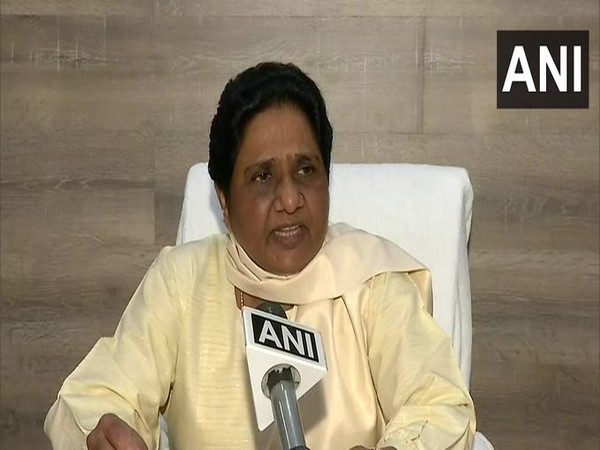 New Delhi [India], May 30 (ANI): Bahujan Samaj Party (BSP) supremo Mayawati on Saturday slammed Bharatiya Janata Party (BJP) on completion of one year in the second term of Prime Minister Narendra Modi led NDA government, stating that migrant workers and poor have suffered a lot and in such a situation Centre must review its policies and working style with an "open mind".
Taking to Twitter, Mayawati wrote, "The life of most of the poor, unemployed, farmers, migrant workers and women, etc. of the 130 million population of the country, is already very painful, which is very sad and cannot be forgotten quickly."
"In such a situation, the Central government must review its policies and working style with an open mind. They should work on their shortcomings rather than covering them," she wrote in another tweet.
Mayawati further stated that many promises have been made on the occasion NDS 2.0's first year anniversary which is far from the ground reality.
Many promises have been made on completion of one year of BJP in its second term but it would be better if they are not far away from the ground reality and public thinking. However, their tenure has been surrounded by much controversy in most cases about which they must seriously think in the interest of the country and public," Mayawati tweeted. (ANI)