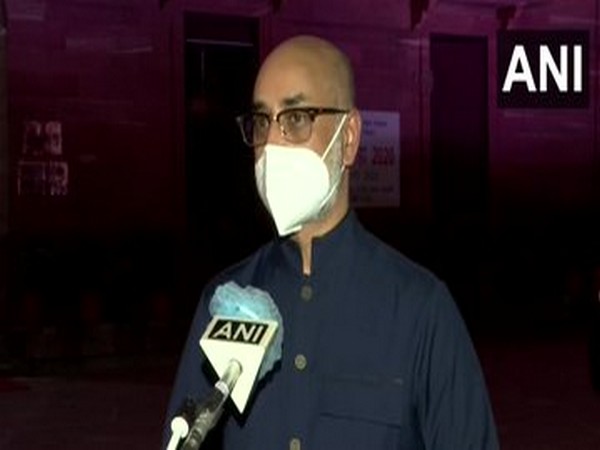 New Delhi [India], September 15 (ANI): A Telugu Desam Party (TDP) delegation met Home Secretary Ajay Bhalla in New Delhi on Monday regarding the issue of three capitals for Andhra Pradesh.
TDP MP Jayadev Galla said, "The issue of three capitals in Andhra Pradesh is in the court wherein Central government has submitted affidavits saying it has no role in the selection of capitals."
"Issue of selecting capital is not in the state list, central list or concurrent lists. Article 248 says parliament has the authority to pass legislation on any subject which is not in any of the lists. Therefore, the central government can have a role to play," he added.
Andhra Pradesh High Court had on August 14 ordered the state government to follow the status quo until August 27, the day of the next hearing, regarding the three-capital cities decentralisation act.
The state government had issued two gazette notifications regarding the Andhra Pradesh Decentralisation and Inclusive Development of All Regions Act 2020 and the Capital Region Development Authority (Repeal) Act 2020 after state governor Biswabhusan Harichandan gave assent to both the bills on July 31. (ANI)