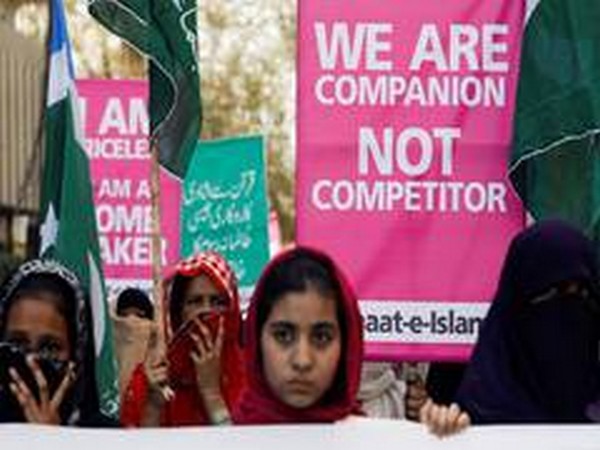 Lahore [Pakistan], June 5 (ANI): A campaign has been launched against the kidnapping and gang-rape of a minor Christian girl in Sheikhupura city of the Pakistani province of Punjab.
According to the Voice for Pakistan Minority, an NGO, 15-year-old Maria Jalal was brutally gang-raped for over 24 hours by Mohammad Sajjid of the Akhuwat Islamic Microfinance Bank with his four companions.
Voice for Pakistan Minority, which has launched a social media campaign called #SpeakUpForPakMinorities, tweeted, "Her clothes were ripped apart, she was repeatedly raped all evening, night and again in the morning. They not only raped her body that day but her soul too for the rest of her life."
According to sources, Mohammad Sajjid entered the house and abducted Maria at gunpoint. He drove her to an unknown place where the other four men were present. At the time of the kidnapping, Maria's father, Jalal Masih and other family members were not at home.
When the victim's family approached the police, the FIR was lodged six days after the incident.
"Sajid escaped after leaving Maria at our doorstep on the night of June 10. She was extremely scared," her family members said.
.
As the news spread on social media, various Christian activists and human rights groups have called for the arrest of the suspects. But, the mainstream media in Pakistan has remained silent on the horrific incident.
In recent months, several cases have emerged of Christian women in Pakistan being abducted, raped and even forced to marry their rapists. Oftentimes, the abducted girls are forced to convert to Islam, which makes their subsequent marriages legal under Pakistani law.
According to Legal Evangelical Association Development (LEAD), a non-profit advocacy group providing legal aid to persecuted minorities, 28 Christian girls became victims of abduction, torture, sexual harassment, rape, forced conversion and forced marriages in Pakistan from November 2018 to June 2019. (ANI)