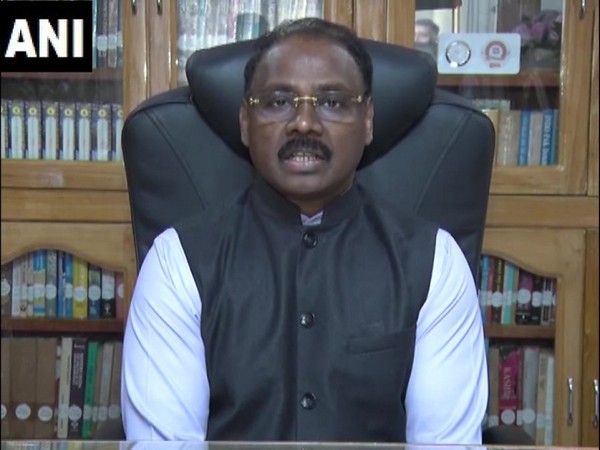 New Delhi [India], November 20 (ANI): Comptroller & Auditor General (CAG) of India, Girish Chandra Murmu has been elected as External Auditor of Inter Parliamentary Union (IPU), Geneva for a three-year term.
"Girish Chandra Murmu, Comptroller & Auditor General of India will assume this prestigious position shortly. He will take charge of this position from Supreme Audit Institution of Switzerland. The election took place at the virtual meeting of 284th session of the IPU, which is a 179 countries Parliamentarians body, also having 13 Associate Members. The IPU has permanent observer status at the United Nations General Assembly," said a statement from the Office of Comptroller & Auditor General of India.
The press release said, the result of the election has been conveyed by Martin Chungong, Secretary-General of the IPU. Murmu, while accepting the appointment as External Auditor of IPU, has expressed his thanks to the Executive Committee and wished for a strong partnership in fulfilling the strategic objectives of the IPU.
According to the official statement, the CAG of India has been the external auditor of various international organisations. He has earlier also been on the UN Board of Auditors from 1993 to 1999 and 2014 to 2020. Presently, he is the external auditor of the World Health Organization, Geneva and Food & Agriculture Organization, Rome.
In recent past, he has been the External Auditor of World Food Programme, World Intellectual Property Organization, International Atomic Energy Agency, UN World Tourism Organization, International Organization for Migration, International Maritime Organization and Organization for Prohibition of Chemical Weapons.
"By auditing IPU, not only would the Comptroller and Auditor General of India add value to the operations of IPU, but its own officers would also be further exposed to the best international auditing and accounting practices leading to enhancement of their professional skills. Deploying of such professionals in India would translate into high quality of auditing and accounting and would promote accountability, transparency and good governance in India," the press release said.
With their wide experience in the audit of UN and its agencies and other International Organizations, the auditors of the CAG of India would assist the IPU in bringing about greater transparency, efficiency, economy and effectiveness in its operations by focussing their audit thrust on key risk areas within the IPU, it said.
It further stated, the IPU is a global inter-parliamentary institution established in 1889 by France and UK. It was the first permanent forum for political multilateral negotiations. Initially, the organisation was for individual parliamentarians but has since transformed into an international organisation of the parliaments of sovereign states.
The IPU facilitates parliamentary diplomacy and empowers parliaments and parliamentarians to promote peace, democracy and sustainable development around the world.
The Institution of the Comptroller and Auditor General of India has a history of over one hundred and fifty years and is regarded as one of the key pillars of India's democratic polity. It is one of the largest Supreme Audit Institutions in the world, with a large human resource pool, which is professionally qualified in diverse fields.
The Institution of the Comptroller and Auditor General of India is highly regarded in the international community of Supreme Audit Institutions. The CAG of India chairs the Knowledge Sharing Committee -- one of the four major Committees of International Organization of Supreme Audit Institutions (INTOSAI) besides being a member of a number of other standards setting committees/sub-committees. He is on the Governing Board of INTOSAI. He is the Chair of the UN Panel of External Auditors.
The CAG also chairs the Asian Organization of Supreme Audit Institutions (ASOSAI). By virtue of his active participation in these international forums, the CAG is closely associated with activities in establishing standards, best practices and guidance in different areas of audit for use by the SAI community at large. (ANI)