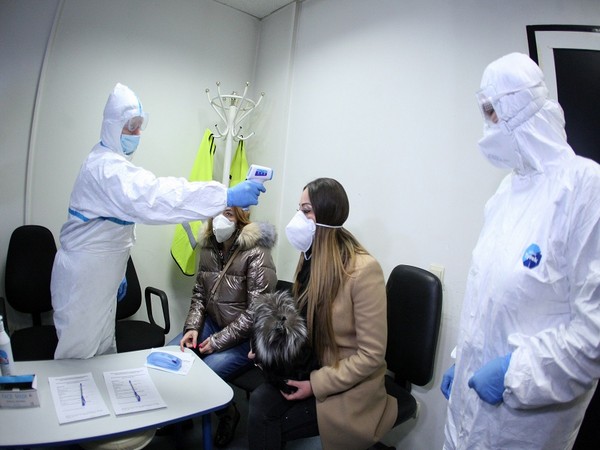 Sofia [Bulgaria], November 3 (ANI/Xinhua): The Bulgarian Health Ministry on Tuesday morning reported a daily record high of 51 COVID-19 deaths in the last 24 hours, taking the total number of deaths to 1,349.
The previous daily record of 42 deaths was reported last Tuesday.
According to the ministry, the number of confirmed infections has reached 56,496, an increase of 2,427 over the past 24 hours.
Meanwhile, 507 people have recovered from the disease in Bulgaria on Tuesday, raising the total number of recoveries to 21,037, the ministry said.
Currently, 2,841 COVID-19 patients are hospitalized with 180 in intensive care units, it added.
In a report to Health Minister Kostadin Angelov last Tuesday, the country's chief state health inspector Angel Kunchev wrote that there was a growing trend in the number of deaths from COVID-19 in Bulgaria, "as only for the last week, a weekly growth of 50 per cent was reported."
Regarding age distribution, the highest relative share of the number of deaths was observed in people aged 70-79 -- 32.7 per cent, followed by 60-69 -- 26.6 per cent, and 80-89 -- 18.4 per cent, Kunchev said. (ANI/Xinhua)