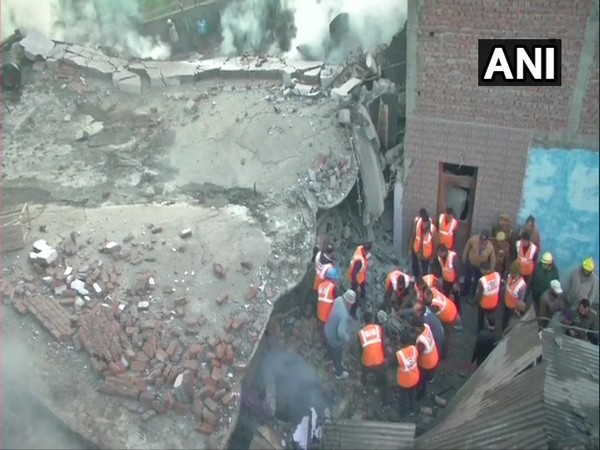 Jammu (Jammu and Kashmir) [India], Feb 12 (ANI): A building collapsed after a fire broke out here in Talab Tillo area of Jammu district in the wee hours of Wednesday.
The fire, which broke out around 3 am, was doused by fire tenders.
A rescue operation is currently underway to trace people feared to be trapped under the debris.
"At least three to four people are feared to be trapped under the debris. Police and fire brigade teams are here and rescue operations are underway," a local said.
More details are awaited. (ANI)