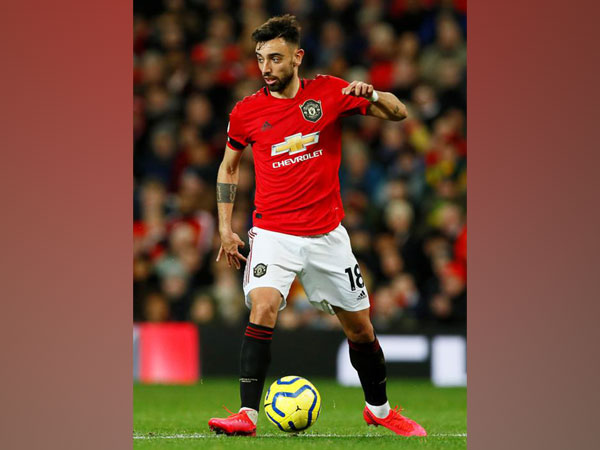 Manchester [UK], Feb 5 (ANI): Manchester United's new member Bruno Fernandes said he wants to follow the footsteps of Juventus star Cristiano Ronaldo.
The Portuguese international joined Manchester United on Thursday from Sporting CP. He signed a five-and-a-half-year contract, with an option to extend for a further year.
"I also talked with Ole and he said he asked Cristiano about me. And he said good things about me, which is good!," Manchester United's official website quoted Fernandes as saying.
"Cristiano plays with me in the national team and he knows me, and for me he's a good person. I want to follow his steps," he added.
Ronaldo has played for Manchester United after joining the club in 2003. However, Ronaldo then made a move to Real Madrid in 2009 and currently, he is playing for Italian club Juventus.
Fernandes also had a conversation with Ronaldo before joining Manchester United and revealed that the five-time Ballon d'Or winner said he started living his dream in the club.
"Yes, I talked about Manchester United with Cristiano. He just said good things about United. He said he started living his dream here and he started being a really good player here. I think he is happy with my transfer," Fernandes said. (ANI)