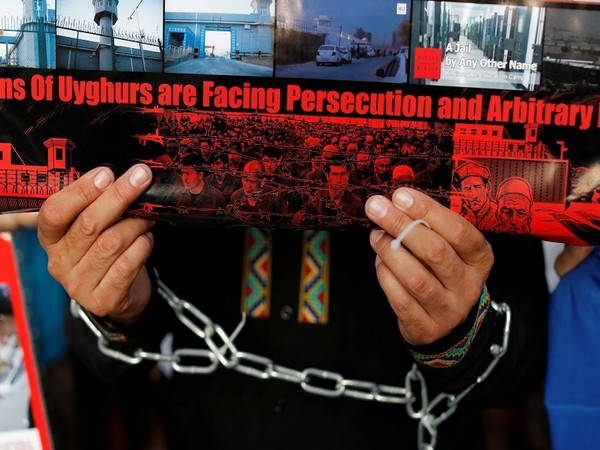 London [UK], October 10 (ANI): The British Parliament has decided to debate about the atrocities against the Uyghurs and on the question of possible sanctions on October 12.
A Jewish News campaign had raised the issue of the Uyghur plight in East Turkestan in the wake of disturbing reports that a million Uyghurs are detained in camps in Xinjiang in northwest China, reported Jewish News.
The petition was started on March 6 on the cultural genocide of the ethnic Uyghurs along with repressive measures by the dragon, like mass detention, mass surveillance, restriction of religious and cultural identities, as well as other gross human rights abuses.
China has refuted the allegations and said that these camps offer vocational training and are anti-terrorism measures, reported Jewish News.
The petition was signed by 100,00 people and backed by 150 British parliamentarians. (ANI)