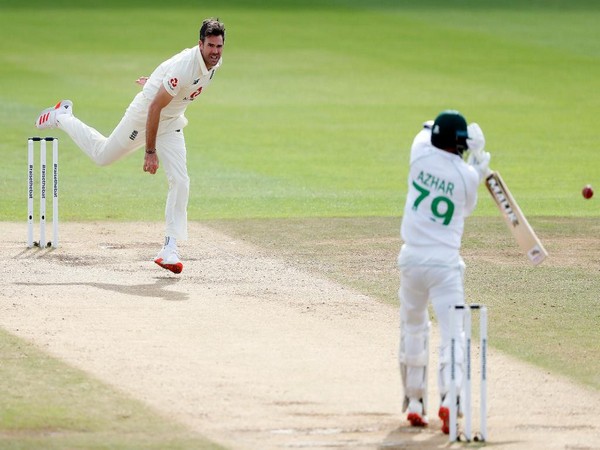 New Delhi [India], Aug 26 (ANI): Former Australian pacer Brett Lee on Wednesday congratulated James Anderson on becoming the first speedster and fourth bowler to enter 600 Test wickets club.
Anderson achieved the feat on Tuesday at Ageas Bowl against Pakistan in the second innings of the final Test of the series. The visiting skipper Azhar Ali became the 600th victim of the 38-year-old pacer.
"Congratulations @jimmy9 on your unbelievable achievement of 600 Test Wickets! That's a lot of long hot days in the sun, warm-ups, injuries, setbacks and frustration, but it's all worth in the end. 7[?]00 on the cards Well done mate @ECB_cricket @TheBarmyArmy #respect," Lee tweeted. 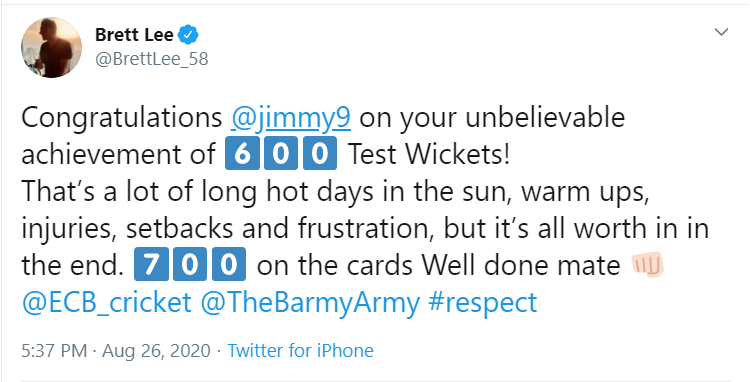 Anderson is currently the fourth-highest wicket-taker in the longest format of the game. He is only behind Muttiah Muralitharan (800), Shane Warne (708), and Anil Kumble (619).
The ace swing bowler is the highest wicket-taker for England in the longest format of the game. Anderson has moved back to the top-10 after briefly dropping out of it since the preceding home series against the West Indies. The formerly top-ranked bowler has gained six spots to reach the eighth position.
The pacer's partner-in-crime Stuart Broad is the second-highest wicket-taker for England in Test cricket. In the series against West Indies, Anderson had played two matches, managing to take five wickets.
On the other hand, in the first two Tests against Pakistan, Anderson had managed to take three wickets.
The England pacer is also just a few matches away from becoming the most capped Test player for the Three Lions. Currently, Alastair Cook is the most capped player for England as he played 161 Tests. (ANI)