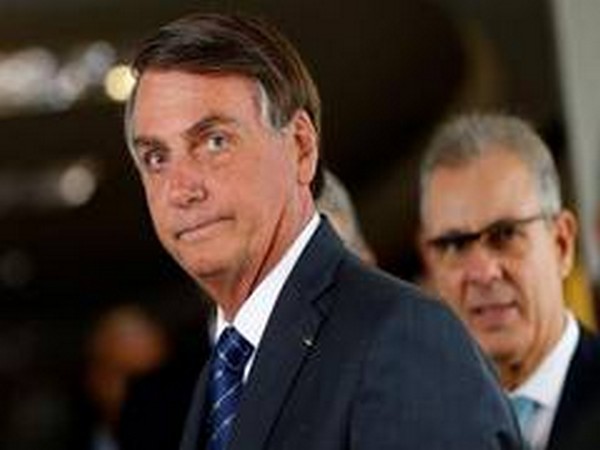 Brasilia [Brazil], May 01 (Sputnik/ANI): A court in Brazil has ordered President Jair Bolsonaro to release the results of his coronavirus tests within two days, Brazilian media reported on Friday.
According to the G1 broadcaster, federal judge Ana Lucia Petri Betto has requested "results of all tests that the president has undergone."
The results have to be provided within 48 hours, with each day beyond the deadline punishable with a fine of 5,000 reais ($911).
The ruling reportedly came in response to a petition published in the Sao Paulo official bulletin.
In March, Bolsonaro traveled to the United States with a delegation of which 20 members later tested positive for COVID-19. The Brazilian president himself has undergone several tests, but has consistently rejected testing positive.
Should the court order reveal that he, in fact, was infected and concealed it, the president, who so far felt free to breach social distancing and actively communicated with people on public, can be held liable to the point of impeachment.
More than 85,000 cases of coronavirus infection and close to 6,000 related death have been confirmed in Brazil as of Friday. (Sputnik/ANI)