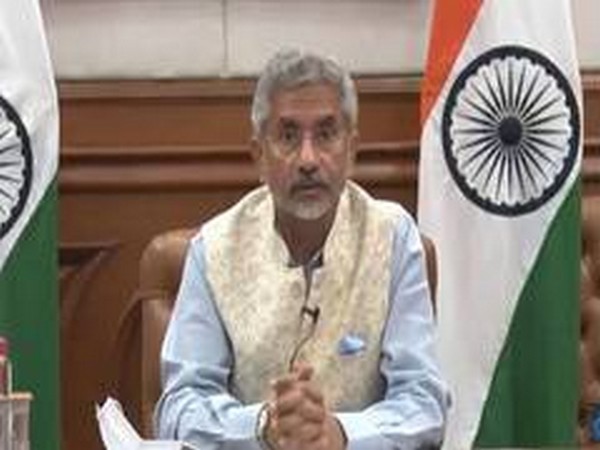 New Delhi [India], June 18 (ANI): Hours after Congress leader Rahul Gandhi questioned why Indian soldiers were "unarmed" during the violent face-off with the Chinese troops, External Affairs Minister S Jaishankar said that all troops on border duty always carry arms, especially when leaving the post and the Indian troops in Galwan Valley on June 15 did so.
"Let us get the facts straight. All troops on border duty always carry arms, especially when leaving post. Those at Galwan on June 15 did so. Long-standing practice (as per 1996 & 2005 agreements) not to use firearms during faceoffs," the minister said in a tweet.
The 1996 agreement between India and China states that if the border personnel of two sides come in a face to face situation due to differences on the alignment of the line of actual control or any other reason, they shall exercise self-restraint and take all necessary steps to avoid an escalation of the situation.
The 2005 agreement states that the differences on the boundary question should not be allowed to affect the overall development of bilateral relations. The two sides will resolve the boundary question through peaceful and friendly consultations. Neither side shall use or threaten to use force against the other by any means.
Gandhi made two tweets on the issue and said China has committed a huge crime by killing unarmed soldiers.
"How dare China kill our unarmed soldiers? Why were our soldiers sent unarmed to martyrdom," he said in a tweet.
"China has committed a huge crime by killing unarmed Indian soldiers. I want to ask why these bravehearts were sent towards danger without arms and by whom and who is responsible?" he asked in a video later.
Twenty Indian Army personnel, including a Colonel, were killed in the violent face-off. Indian intercepts have revealed that the Chinese side suffered 43 casualties including dead and seriously injured in the violent clash. The commanding officer of the Chinese Unit is among those killed, sources confirmed to ANI. (ANI)