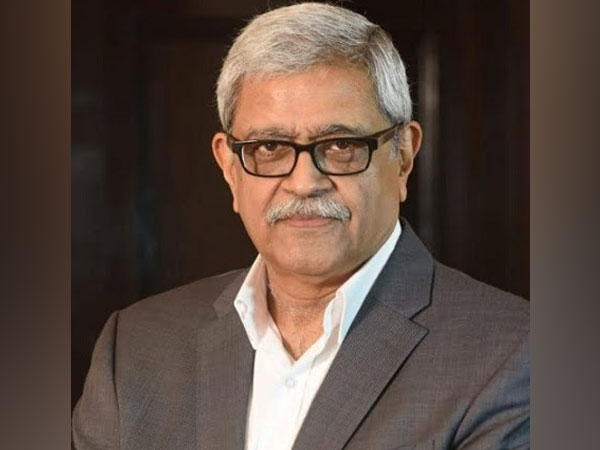 New Delhi [India], October 15 (ANI/NewsVoir): Pradeep Goorha, is all set for the release of his second book "Mr Prime Minister, We Shrank the Dragon".
The book, though fiction is inspired by reality revolving around the currently developing story on India's northern borders along with the perennially neglected Pakistan's illegal occupation of PoK, Gilgit-Baltistan, and how these could be solved at this opportune time. Goorha has attempted at providing that solution. Befriending Iran at an altogether different level is central to the approach.
"Powerful semantics and widely dispersed optics evoke a sense of suspicion in me. Folks, it isn't because of current COVID-19 gloom and doom. It probably is my going through the School of Hard Knocks after I finished all schooling that stopped at handing me degrees and things. As a consequence, with me, alarm bells ring when somebody's hype after numerous other hypes keeps hitting me with sickening regularity. India's neighbours have been flexing their muscles for some time now," said Pradeep Goorha, talking about the book.
"With economic power acquired through cheap trade, they have been influencing other smaller countries in this area and creating a difficult situation. Pakistan is playing in hands of this country and trying to hang on to PoK and Balochistan. West didn't care as long as it was getting stuff 20 to 50 percent cheaper than what they could have produced. Immediate gains, folks, immediate gains has been the mantra," Pradeep Goorha added.
"Many Indians sitting in Delhi and in a position of power chose to think afresh. I thought along those lines too. I mean, what on Earth are we dithering about!" he further said.
Through his work Goorha hopes to introduce the readers to believe that no problem is as intractable as it may appear. The book is already available on Amazon (online) and multiple retail stores and will be soon available on other online portals.
Pradeep Goorha is a published author of the historical fiction, Survival Redux, 2016. He is an alumnus of IIT Roorkee and Clemson University, SC, USA. Mr Goorha has lived in many countries including three countries in Africa, the United States of America, Dubai, Australia, and the island country of Vanuatu.
He has worked for London-based Commonwealth Secretariat and with many large corporations as C-suite executive. A management consultant by day and a writer by night, he has been a media columnist-currently a recreational poet, and foodie by heart. He currently resides in India with his dear wife after over 50 years of invaluable experience travelling in over 40 countries.
Other Books
'Survival Redux', a historical fiction published in 2016 in USA.
Blog: pradeepgoorha.blogspot.com
Twitter: twitter.com/GoorhaPradeep
Book Link:
www.amazon.in/Mr-Prime-Minister-Shrank-Dragon/dp/1543707149/ref=sr_1_3?dchild=1&keywords=Mr+Prime+Minister&qid=1602504528&sr=8-3
This story is provided by NewsVoir. ANI will not be responsible in any way for the content of this article. (ANI/NewsVoir)