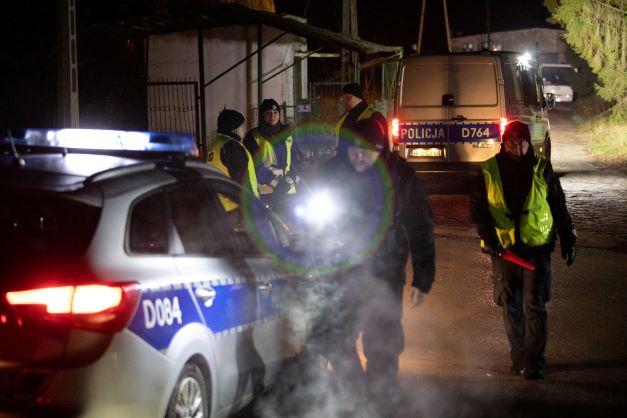 Two people died in an explosion in a Polish village near the border with Ukraine on Tuesday, firefighters said, with the United States saying it was investigating unconfirmed reports the blast was caused by stray Russian missiles.

The explosion occurred after Russia hammered cities across Ukraine with missiles on Tuesday, attacks that Kyiv said were the heaviest wave of missile strikes nearly nine months into its invasion of its neighbour. Some hit the western city of Lviv, less than 80 km (49.7 miles) from the border with Poland.

The Associated Press cited a senior U.S. intelligence official as saying the blast in the eastern Polish village of Przewodow was caused by Russian missiles crossing into Poland, a member of the Western military alliance NATO.

Russia’s defence ministry said no strikes occurred against targets near the Ukrainian-Polish border that had been carried out by Russian weapons, IFX news agency reported.

In Washington, the Pentagon said it could not confirm Russian missiles had landed on Polish territory.

“We are aware of the press reports alleging that two Russian missiles have struck a location inside Poland near the Ukraine border. I can tell you that we don’t have any information at this time to corroborate those reports and are looking into this further,” Pentagon spokesperson Brig. Gen. Patrick Ryder said.

“Firefighters are on the spot, it’s not clear what has happened,” said Lukasz Kucy, officer on duty at a nearby firefighters’ post.

Air raid sirens blared and explosions rang out in nearly a dozen major Ukrainian cities, echoing a pattern in recent weeks of Moscow lashing out far from the front after losses on the battlefield, most recently the major southern city of Kherson.

Ukrainian President Volodymyr Zelenskiy said the main target of the missile flurry was energy infrastructure, as before.

“It’s clear what the enemy wants. He will not achieve this,” he said in a video address on the Telegram messaging app. Kyiv has said such strikes only stiffen its resolve to repel Russian forces that invaded in February.

In the capital Kyiv, flames funnelled out of a five-storey apartment block after being hit by what residents said appeared to be shot-down pieces of missile. The emergency service said one person was confirmed killed and another injured. Kyiv’s mayor said half the capital was left without electricity.

Other strikes or explosions were reported in cities ranging from Lviv and Zhytomyr in the west to Kryvy Rih in the south and Kharkiv in the east. Regional officials reported some of the attacks had knocked out electricity, water and heating.

The attacks had left millions of Ukrainians without energy in 16 of the country’s 24 regions including Kyiv, the U.N. humanitarian office (OCHA) said in a statement.

“The damage to civilian infrastructure comes at a critical time when the temperature is dropping below zero, raising concerns about a serious humanitarian crisis during the harsh Ukrainian winter if people are unable to heat their homes.” BUNKERS ABANDONED