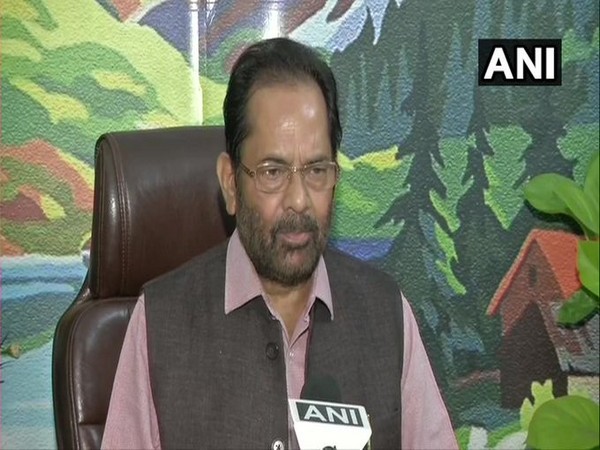 New Delhi [India], October 1 (ANI): Union Minister Mukhtar Abbas Naqvi said that the probe teams are carrying out an investigation into the Uttar Pradesh alleged gang-rape case but there should not be any political tourism on the same.
"The barbaric criminals will definitely be punished for their barbarism. The probe teams are carrying out the investigation. But I think there should not be political tourism on the same," said Bharatiya Janata Party leader Naqvi, on recent incidents of rape in Uttar Pradesh.
"Those who are trying to increase the tension through political tourism, should not do that. Everyone is saddened and want punishment for the culprits, Uttar Pradesh government is working towards it. You will see the results soon," he added.
The 19-year-old died in Safdarjung Hospital on Tuesday, after she was gang-raped in Hathras a fortnight ago. The victim was brought to Safdarjung Hospital on Monday from Aligarh Muslim University Medical College.
The last rites of Hathras gang-rape victim were performed at her native place here in the wee hours of Wednesday. (ANI)