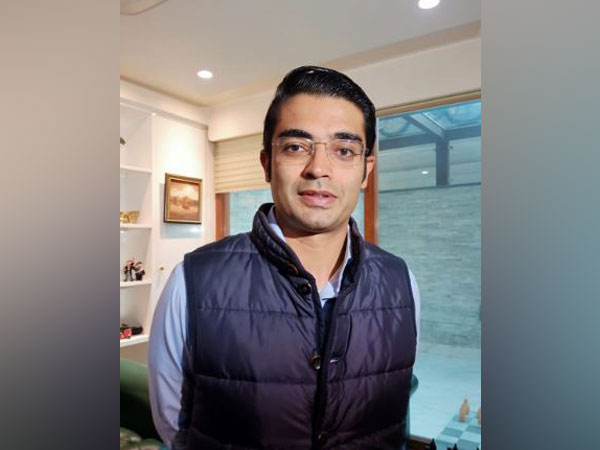 By Archana Prasad
New Delhi [India], February 15 (ANI): Congress leader Jaiveer Shergill slammed the central government over the continuous surge in fuel prices saying that the ruling party is fulfilling its mission of "Abki baar fuel 100 par".
Speaking to ANI Shergill said, "There is no date in the calendar when the Bharatiya Janata Party (BJP) government has not increased the price of the cylinder in the past two months. This is the fourth hike, which is making a mockery of the system. It is an insult to the injury of the common people. By continuously raising the fuel price BJP government is fulfilling its mission of Abki baar fuel 100 par."
"The finance minister must consider giving cycle subsidies," he added.
This comes as the central government hiked the fuel and petrol prices in the national capital.
Shergill tweeted his video to make the point on the petrol and diesel price hike. In a tweet, he said, "As BJP will be soon fulfilling its price mission "Abki baar petrol/diesel Rs100 par" Finance Minister should consider announcing "cycle subsidy" as motor-vehicles will soon fall into "rare usage" category. The day is not far when the cycle will become the symbol of "Expensive India" rather than "Fit India"."
"Now the car is going to be like a piece of jewelry, which would be used occasionally," he added.
Petrol and diesel prices have gone up in the national capital and stood at Rs 88.99 per liter and Rs 79.35 per liter, respectively on Monday. As compared to yesterday, the price of petrol has become costlier by 26 paise while diesel price increased by 29 paise.
Earlier, during her Budget speech, Union Finance Minister Nirmala Sitharaman had announced the imposition of Agriculture Infrastructure and Development Cess (AIDC) of Rs 2.5 per liter on petrol and Rs 4 per liter on diesel.
The price of liquefied petroleum gas domestic cylinder has also increased by Rs 50 per unit yesterday in Delhi.
The new price of Rs 769 per 14.2 kilograms LPG cylinder is applicable in the national capital from today. (ANI)