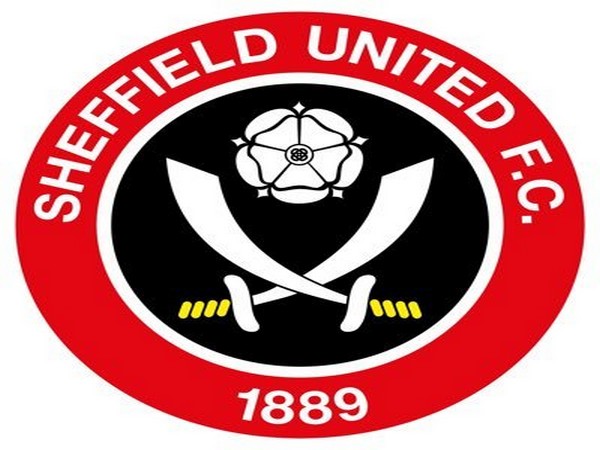 Sheffield [UK], June 11 (ANI): Ahead of the Premier League restart, Sheffield United captain Billy Sharp and vice-captain Ollie Norwood have signed new contracts with the club.
The duo has committed their long-term futures to the Blades. Sharp has signed a two-year deal, which now sees him contracted to his boyhood club until the summer of 2022, having amassed 93 goals in 197 appearances in all competitions since returning to S2 for a third spell in the summer of 2015.
This term, Sharp netted United's first goal of the season at Bournemouth on the opening day and went on to find the net a further three times, with those goals coming in three of the last four games before the suspension of football across the country in March.
"This was a no brainer for me, personally. I've said previously about wanting to finish my career here and the talks were pretty simple. I want to be a part of this squad for the next two years and see what heights we can reach," Sharp said in an official statement.
"The manager and the staff have pushed me to get fitter, stronger and have helped me become a better player. I was over the moon when the gaffer came to me and this feels like it is the best contract I've signed, but I've worked extremely hard on and off the pitch to earn the deal," he added.
Meanwhile, midfielder Norwood, who has clocked up over 70 appearances for United, since his arrival from Brighton and Hove Albion in August 2018, has put pen-to-paper after agreeing on terms for the next three years, meaning the former Northern Ireland international is set to remain a Blade until the end of the 2022-23 campaign.
Norwood has more than proved himself in the top-flight having won promotion from the Championship with Brighton and the Cottagers prior to moving to South Yorkshire and he has scored a goal in all three competitions this term, making 30 appearances across the board in the process.
On extending his stay until 2023, Norwood was understandably thrilled and commented: "There's been a deadly pandemic that's hit the country, so it's taken more time then we'd have all hoped, but I honestly wouldn't have felt comfortable signing at a time when the club was in a bit of unknown in terms of what it would be losing financially.
"Obviously, though, I'm delighted to commit my future to a club that has had the best of me, but there is so much more to come as I continue to mature and grow as a player, it's not as though I'm going to lose my pace!" he added.
Premier League has been suspended since March due to the coronavirus pandemic, but the league will resume its suspended season on June 17. United will play against Aston Villa in the opening game of the season restart. (ANI)