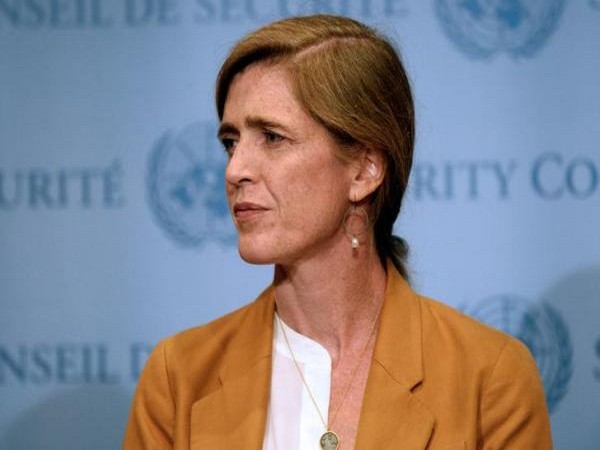 Washington [US], January 13 (ANI): US President-elect Joe Biden on Wednesday announced that he is nominating Samantha Power to lead the United States Agency for International Development (USAID).
According to Biden's transition team, he plans to elevate the position of USAID administrator to become a member of the National Security Council in his administration, The Hill reported.
Biden described Power as a "world-renowned voice of conscience and moral clarity" and said he has personally witnessed "the unparalleled knowledge and tireless commitment to principled American engagement she brings to the table."
"Her expertise and perspective will be essential as our country reasserts its role as a leader on the world stage," The Hill quoted Biden as saying.
"As USAID Administrator, Ambassador Power will be a powerful force for lifting up the vulnerable, ushering in a new era of human progress and development, and advancing American interests globally," he said.
"Our security is connected to the security of people who live elsewhere. Many of the issues that we in the United States are grappling with the pandemic, economic crisis, climate consequences, threats to the rule of law, and even to democracy these are issues that people all around the world are grappling with as well," The Hill quoted Power as saying.
"The United States has a chance to partner with and support people who are on the frontlines in battling COVID, who are trying to build climate resilience, who are standing up for the rule of law, standing up against inequality and trying to create more just societies," she added.
Power started her career as a war correspondent and later was the founding executive director of the Carr Center for Human Rights Policy at the Harvard Kennedy School before beginning a career in government.
Power is the former US ambassador to the United Nations (UN) and has served from 2013 to 2017 under former President Barack Obama. However, she is currently a professor at the Harvard Kennedy School.
The announcement comes one week before Biden will be inaugurated in Washington, DC. (ANI)

Ahead of Biden’s inauguration, man held at DC checkpoint with 500 rounds of ammunition