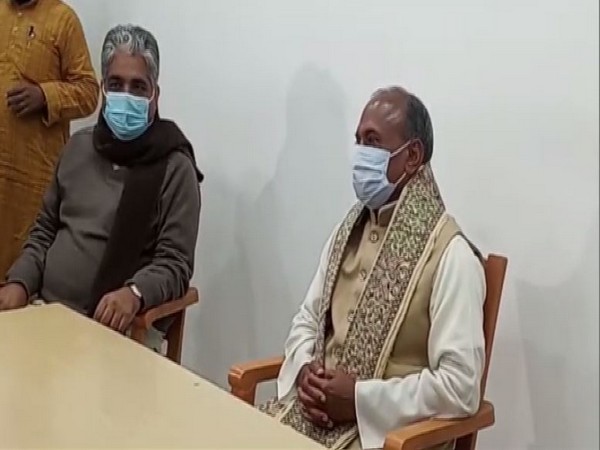 Patna (Bihar) [India], January 7 (ANI): BJP leader Bhupender Yadav on Thursday met the president of Janata Dal (U) RCP Singh and congratulated him on his appointment to the post.
Yadav, who is BJP in-charge of Bihar, indicated that expansion of cabinet will be done at the right time.
The BJP MP said he congratulated Singh on behalf of the party.
"It was a special occasion. RCP Singh has been elected as the national president of JD-U. I came to congratulate him on the behalf of my party. He has a long administrative and organisational experience," Yadav said.
"Everything (cabinet expansion) will be done at the right time. Top leadership is in touch with the Chief Minister," he added.
Singh, who was appointed JD-U chief in December last, said the BJP leader came to congratulate him.
"No other matters were discussed. The issue of cabinet expansion is not a big issue. It will be done at the right time," Singh said.
The ruling National Democratic Alliance, which includes BJP, JD-U, Vikassheel Insaan Party and Hindustani Awam Morcha in Bihar, secured a majority in state assembly elections last year. (ANI)