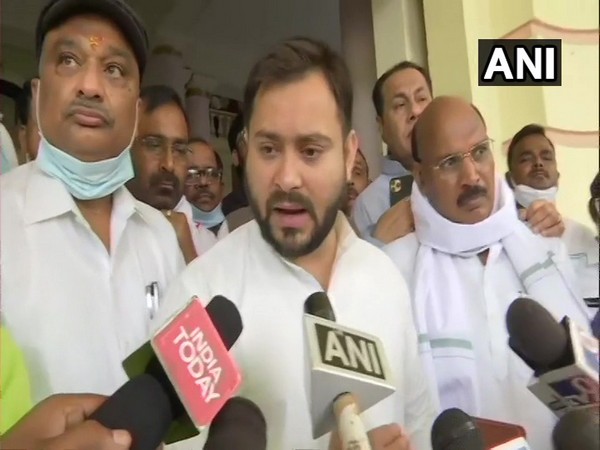 Patna (Bihar) [India], June 24 (ANI): After five RJD MLCs joined ruling Janata Dal-United (JDU), Rashtriya Janata Dal (RJD) leader Tejashwi Yadav on Wednesday said that during the election people come and go.
"Name one election where people didn't come and go. This is election season and the government is trying to keep their governance safe...A few days back JD(U) MLC had come to us, so these things go on," he said.
RJD leader further said that best wishes to those who left.
"There is nothing to say. Best wishes to those who left. Nitish ji has done constructive work but that constructive work can benefit only him. Yesterday's incident can bring him personal benefit but nothing to the people of Bihar," Yadav told reporters here.
Ahead of the Legislative Council elections in Bihar, five RJD MLCs on Tuesday joined the JDU.
The RJD, which has eight MLCs, is now left with only three MLCs. The MLCs who defected to JDU are Radha Charan Shah, Sanjay Prasad, Dilip Rai, Md Kamar Alam and Ranvijay Kumar Singh. (ANI)