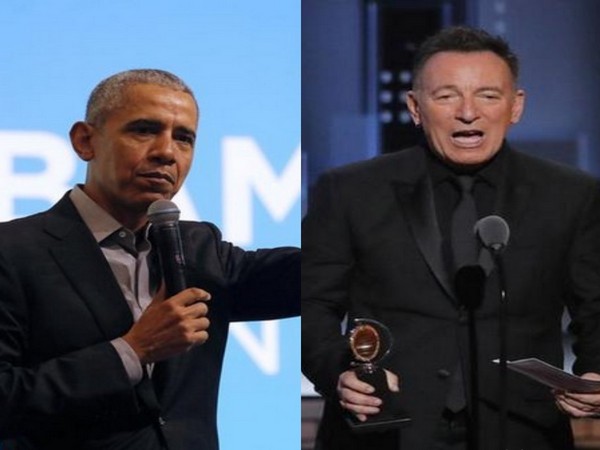 Washington [US], February 23 (ANI): Former US President Barack Obama recently sat down with Bruce Springsteen for a series of wide-ranging conversations that will hit Spotify as an exclusive original podcast titled 'Renegades: Born in the USA'.
According to Variety, the newest entry in the company's expanding slate of audio programming, 'Renegades: Born in the USA', is an eight-episode podcast that features the dynamic duo, who have been friends for over a decade.
In the show, Obama and Springsteen discuss topics spanning race, fatherhood, marriage, and the state of America. The starting couple of episodes of the podcast will be available exclusively on Spotify worldwide, starting February 22.
As per Variety, the Obama/Springsteen 'Renegades' series is the second original podcast for Spotify under the company's exclusive deal with Barack and Michelle Obama's production company, Higher Ground. (ANI)