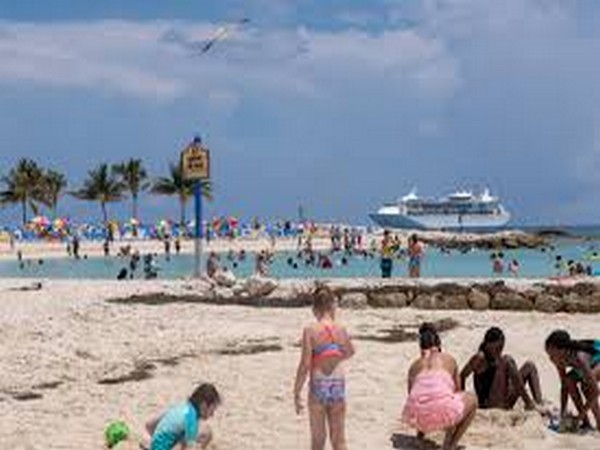 Nassau [Bahamas], July 21 (ANI): The Bahamian government has banned travellers from countries where coronavirus cases are surging incessantly, especially the United States, in an effort to prevent the further spread of the virus in the Caribbean nation, CNN reported.
All international commercial flights have been banned from entering the Bahamas, effectively from Wednesday. The only exemptions are visitors from the United Kingdom, European Union and Canada who have tested negative, Prime Minister Hubert Minnis said in a nationally televised address on Sunday (local time).
"Our current situation demands decisive action if we are to avoid being overrun and being defeated by this virus," Minnis said in his address, noting that the Bahamas has confirmed 15 new cases for a total of 153 cases so far. Out of the total, 49 of the cases had been identified since the Bahamas reopened its borders on July 1.
Sea vessels carrying commercial passengers will also not be permitted to enter. However, private international flights, charters and yachts from all countries will be allowed.
National airline Bahamasair will end flights to the US immediately and a number of beaches and parks have been closed until further notice, according to Minnis.
The Bahamas' move to ban most international travellers, especially Americans, is significant as 50 per cent of the nation's gross domestic product (GDP) worth USD 5.7 billion comes from tourism alone, according to the Bahamas Investment Authority, with the majority of the 5.5 million tourists who visit the Bahamas each year coming from the US.
But with the US beating its own daily record of new coronavirus cases at least nine times in a month, Minnis was adamant in saying that the Bahamas needed to focus on "saving lives and limiting spread of the virus."
"The better we are at this, the more our economy could open up and people could make a living," he said. (ANI)