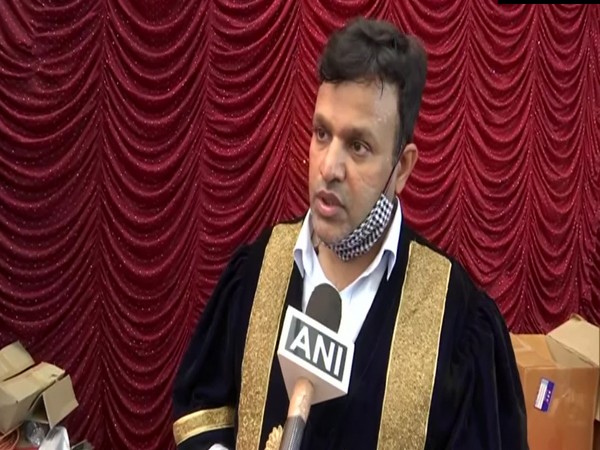 Bengaluru (Karnataka) [India], September 10 (ANI): After parts of Bengaluru witnessed severe waterlogging on Thursday due to heavy rains, Goutham Kumar, the city's Mayor said that authorities across have been alerted about the upcoming weather forecast in the region and sensitive areas prone to inundation have been identified.
"Before the rain started, I had a meeting with the Commissioner and the Chief engineer as the weather control room had alerted us about weather conditions. Authorities have been strictly instructed to be alert round the clock and 28 sensitive areas have been identified," Kumar said.
"We also had a meeting yesterday about the storm-water drains that had been affected. The commissioner took rounds across the city and inspected the storm-water drain encroachment areas. Engineers have been instructed to keep necessary equipment ready," he added.
Additionally, Deputy Chief Minister of Karnataka Dr Ashwathnarayan CN said that Bruhat Bengaluru Mahanagara Palike (BBMP) was doing its best to tackle the water-logging situation and several challenges had come up due to the city being a 'concrete jungle'.
"The BBMP is doing it's best and action is being taken to take control of the situation. There are a lot of challenges because Bengaluru has become a concrete jungle and the carrying capacity has become difficult. We are coming up with many solutions like rain-water harvesting and recharging of water, but we still need to expand more. Even sensors have been installed to issue alerts to people in low lying areas," Ashwathnarayan told ANI.
Meanwhile, a red alert was issued for parts of Karnataka by the India Meteorological Department (IMD) for September 11.
"Uttara Kannada, Udupi and Dakshina Kannada are very likely to receive heavy to very heavy rainfall at few places with very heavy rainfall at isolated places; red alert announced on Sept 11. Coastal Karnataka is very likely to receive widespread rainfall from September 9 to 13," CS Patil, Director of the IMD, Bengaluru said. (ANI)