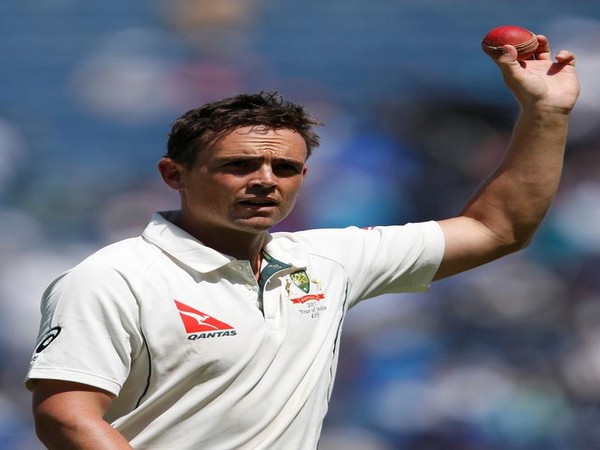 Sydney [Australia], April 5 (ANI): Australian spinner Steve O'Keefe has retired from the first-class cricket after being overlooked for a new contract by New South Wales.
O'Keefe said he was not offered another contract with the Blues but was grateful for the many opportunities that Cricket NSW had given him over such a long career.
"I was disappointed when I was told that I wasn't getting a contract but I respect and accept the decision, so I have decided to retire from first-class cricket," O'Keefe said in a statement.
"It's been such a privilege to play for my country and captain my state, but above everything else I'm most proud to have played alongside some of the best blokes I've ever met," he added.
O'Keefe picked 301 wickets in 88 first-class matches. He played nine Tests for Australia, famously returning career-best figures of 12-70 against India in Pune, February 2017.
"When I think about my time playing cricket, that's what I'll miss most," O'Keefe said.
He claimed 35 wickets in the longest format of the game and also appeared in seven T20Is for Australia scalping six wickets. In his first-class career, he bagged 13 five-wicket hauls and returned with the best figures of 8-77 for the Blues at Junction Oval in Melbourne.
Cricket NSW CEO Lee Germon praised O'Keefe for his achievements over a 15-year career with the Blues.
"Steve has been a committed and consistent performer for the Blues over a long period of time. He is one of the most successful spinners ever to play for NSW, which earned him Australian selection and the captaincy of the Blues," Germon said.
"On behalf of Cricket NSW I'd like to thank Steve for his great service to NSW and Australian cricket and look forward to him continuing his career with Manly and the Sixers," he added.
The 35-year-old will, however, continuing play for the Sydney Sixers and his Premier Club Manly-Warringah. (ANI)