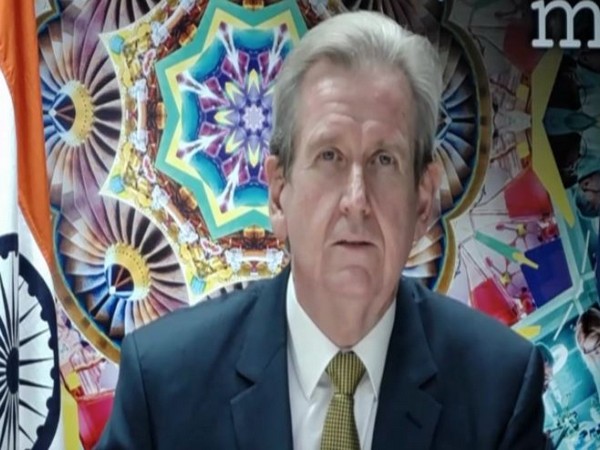 New Delhi [India], July 30 (ANI): Australian High Commissioner to India Barry O'Farrell on Thursday said that his country opposes any attempts to unilaterally alter status quo along the Line of Actual Control (LAC) which only increase the tension and instability.
In an exclusive interview with ANI, O'Farell also called for restraint at the LAC.
He expressed deep concern over China's actions in the South China Sea saying Australia gave a note with UN Secretary-General last week refusing China's unlawful maritime claims.
He said that Australia supports continued moves by India for de-escalation in the border areas in Eastern Ladakh.
"Australia urges restrain at LAC and supports continued moves by India for de-escalation. In my meeting with EAM today, I told him Australia opposes any attempts to unilaterally alter status-quo which only increase tension and instability," he said.
"It is important that bilaterally agreed principles and norms, which help prevent escalation, continue to be observed," he added.
He said Australia opposes any claims by China that are inconsistent with the 1982 United Nations Convention on the Law of the Sea (UNCLOS).
"We remain deeply concerned by actions in the South China Sea that are destabilising and could provoke escalation. Last week, Australia launched a note with UN Secretary-General refusing China's unlawful maritime claims in the South China Sea," he said.
"We stated what we said following a 2016 tribunal which ruled against China's claims. Australia rejects China's claims to historic rights and internal waters," he added. (ANI)