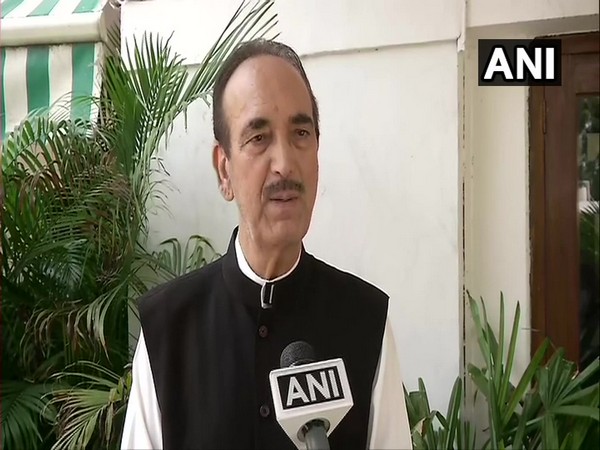 New Delhi [India], September 13 (ANI): There is an atmosphere of fear across the country due to the ongoing pandemic and it is important to discuss in the Parliament session which will commence from tomorrow, said Ghulam Nabi Azad, Leader of Opposition in Rajya Sabha on Sunday.
"The Parliament session is commencing in a weird situation. There is an atmosphere of fear across the country, as well as among the MPs. But the situation is changing across the world and the nation, and it is important to discuss that," Azad told ANI.
The leader of the opposition also stated that "India-China are face to face in Ladakh and there is tension. GDP has tumbled, inflationis there , New Education Policy (NEP), there are multiple issues before the house that the citizens of this country would want to hear about and Parliamentarians would like to discuss."
Azad said that all-party meeting has been cancelled due to covid 19 situation.
Meanwhile, Lok Sabha Speaker Om Birla inspected the arrangements made at the Parliament and its premises, in the wake of COVID-19 pandemic.
The Monsoon Session of the Parliament is scheduled to commence on Monday and is slated to conclude on October 1. There will be no question hour and private members' business during the monsoon session. (ANI)