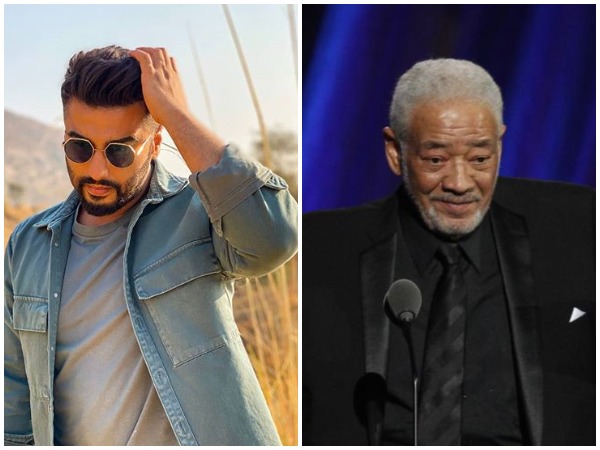 New Delhi [India], April 5 (ANI): The music industry has lost one of the music legends of all time, Bill Withers on Saturday. Bollywood actor Arjun Kapoor remembered the late singer and paid tribute on social media.
With a background score of the 70s legend's famous song 'Ain't No Sunshine', the 34-year-old actor documented his honour for the singer with a collage of the singer's pictures on the Instagram stories on Sunday.
The 'Panipat' actor took it to the next Instagram story to pen an emotional note for the 'Lean On Me' singer on his demise.
'Aint no sunshine remains one of my favourite songs since I remember... I've heard many versions and gotten emotional many times also. Thank You, Bill Withers, for a gem.RIP," the '2 States' actor wrote.
Singer-songwriter Bill Withers, who had an array of soulful songs under his belt in the 1970s has died from heart complications at the age of 81.
The three-time Grammy Award winner's timeless classic 'Lean On Me' has been a source inspiration in the recent times of coronavirus crises, with many artists posting their own renditions of the song to bring some relief amid the trying time.
The musician was awarded Grammys as a songwriter for 'Ain't No Sunshine' in 1971 and for 'Just The Two Of Us' in 1981.
In 1987, Bill received his ninth Grammy nomination and third Grammy as a songwriter for the re-recording of the 1972 hit 'Lean On Me' by Club Nouveau. (ANI)