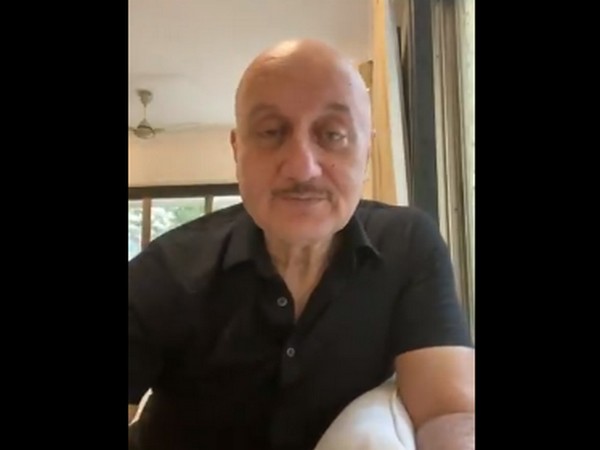 New Delhi [India], August 4 (ANI): Senior actor Anupam Kher on Tuesday paid a musical tribute to late legendary singer Kishore Kumar to mark his 91st birth anniversary.
Kher took to Twitter to share a video of himself where he is seen singing a few of the classics like ‘Ek Ladki Beeghi Bhaagi,’ and ‘Mere Naina Sawan Bhaado’ by the celebrated musician.
“Today is the birth anniversary of Kishore Kumar Sahab. Besides filling our lives with melodies, Kishore Sahab has also filled our lives with colours,” he said in the video.
“He made us identify every mood, be it a happy mood or a romantic mood. He made our life journey easier by walking with us. I pay a heartfelt tribute to him today,” he added. 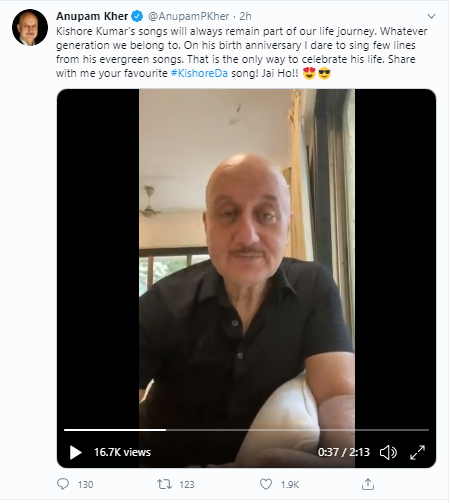 Kher further asked Twitterati to write, sing and send Kishore Kumar’s songs to him and further said he will be retweeting the best ones.
He ended the video by singing the iconic song, ‘Ye jo Mohabbat hai,’ by the celebrated musician.
Kumar, who was born on August 4, 1929, was a man with multiple talents.
Other than being the most accomplished singer of his time, he was also a screenwriter, actor, composer, director and producer.
Kumar died at the age of 58, but his memories are still etched in people’s minds.
Songs like ‘Ek Ladki Bhigi Bhagi Si’, ‘Jhoome Re Jhoome,’ ‘Koi Humdum Na Raha,’ ‘Kehne Ki Nahin Baat,’ ‘Matwale Hum Matwale Suhani’, to mention a few, are some of his widely-loved songs, even today. (ANI)