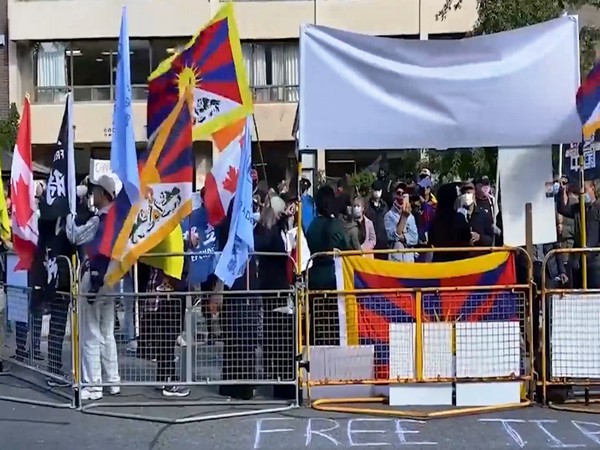 Toronto [Canada], October 02 (ANI): A protest was organised on the 71st National Day of the People's Republic of China outside the Chinese Consulate in Toronto by members of the Hong Kong, Tibetan, Vietnamese, Mongolian, Taiwanese and other communities whose freedom is under attack from the Chinese Communist Party (CCP).
Members of Indian diaspora also participated in this protest on Thursday.
The protesters chanted "Free Hong Kong", "Free Tibet" and "Free Vietnam'' slogans as they urged the international community to take measures to tackle Chinese oppression.
A series of protests have taken place since late June when the Regional Tibetan Youth Congress in Toronto staged a protest near the Chinese Consulate in solidarity with India against China's actions in Ladakh. Since then, protests have occurred in Vancouver, Toronto and Montreal.
The protesters, who were in large numbers, were opposing CCP's enforcement of the "Hong Kong National Security Law" and persecution of the Chinese people. During the protest they tore up and trampled on the CCP flag. (ANI)