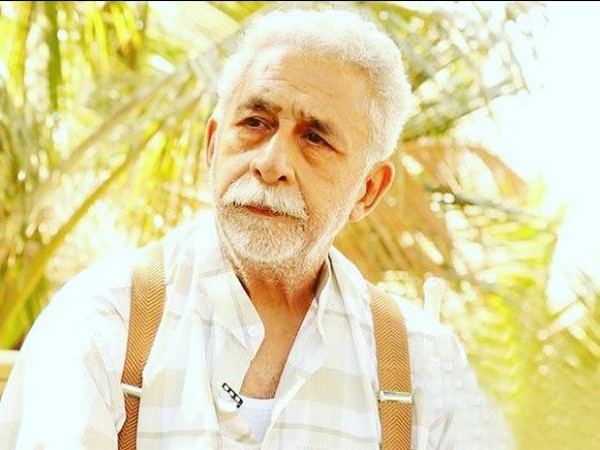 New Delhi [India], July 20 (ANI): As Naseeruddin Shah turned 70 on Monday, several Bollywood celebrities and fans of the legendary actor poured in wishes for the ace actor.
Anil Kapoor was one of the first Bollywood celebrities to wish his 'Woh 7 Din' co-star on his birthday.
Kapoor tweeted his monochromatic throwback picture with Shah from their younger days, complimenting it with a birthday wish remembering working with him.
"Happy B'day to the actor whose contribution to my career is immense #NaseeruddinShah from doing Woh 7 Din to encouraging me to do my first regional Telugu film," Kapoor tweeted.
"Thanks for making me realise that acting has no language & for being a great influence and inspiration for all actors," his tweet further read.
Actor Urmila Matondkar, who began her Bollywood career as a child artist with Shekhar Kapur's much-acclaimed film 'Masoom' also extended birthday greetings to the senior actor, who played the role of her father in the movie.
Urmila posted a collage on Twitter, featuring a still from 'Masoom' and a recent picture of her with Shah and Shabana Azmi.
"Then n Now.. Wishing Happy Birthday to one of the finest actors of #india #NaseeruddinShah Lots of love, regards n endless respect #actorslife #masoomtimes," she tweeted.
Actor Randeep Hooda. who has worked in several films with Shah, including the National Award-winning film 'The Coffin Maker', posted a picture of himself with the senior actor and penned down a birthday wish.
"My nani was so convinced after watching #NaseeruddinShah in Mirch Masala, she said "bhai yo bhot bhunda aadmi hai iste bach ke rahiyo." it was probably my first lesson on conviction of a character.. from generations of actors inspired by you - happy 70th birthday Naseer bhai," he tweeted.
Naseeruddin Shah is one of the most celebrated actors of the Hindi film industry with several accolades including three national awards to his name. (ANI)

Dornier aircraft sent by India arrives in Male, will be used in monitoring of Maldivian waters