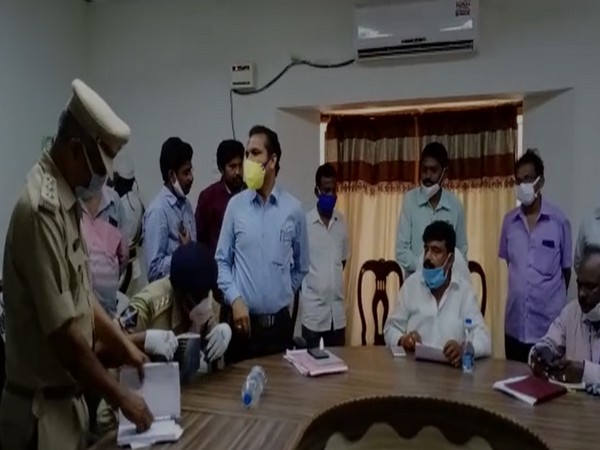 Krishna (Andhra Pradesh) [India], April 23 (ANI): Andhra Pradesh Transport Minister Perni Venkatramaiah on Wednesday directed officials to be stringent in implementing restrictions in the COVID-19 red zones in Machilipatnam.
After three positive cases and one death was recorded in Machilipatnam, the minister held a review meeting with officials at Machilipatnam, the headquarters of Krishna district. The officials announced Chilakalapudi area in the town as 'red zone'.
Venkatramaiah ordered officials to be strict in implementing restrictions in the red zones.
The minister ordered to send essential commodities at the doorsteps in such areas. He also warned of stern action against officers in case of negligence. (ANI)