Skip to content
Home  »  National   »   Amulya should not get bail: Karnataka CM 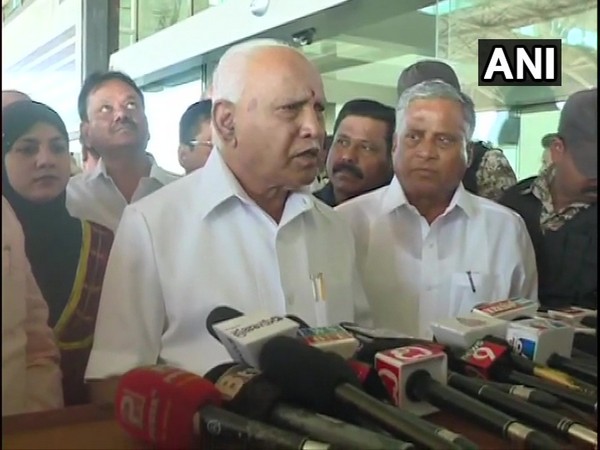 Bengaluru (Karnataka) [India], Feb 21 (ANI): Karnataka Chief Minister BS Yediyurappa on Friday stated that Amulya, the girl who allegedly raised 'Pakistan Zindabad' slogan during anti-Citizenship Amendment Act rally, should not be granted bail.
The Chief Minister also alleged that that the girl was also in contact with the Naxals.
"Bail should not be given to Amulya (who raised 'Pakistan zindabad' slogan at anti-CAA rally in Bengaluru, yesterday), her father has also said he won't protect her. It is proved now that she had contacts with Naxals. Proper punishment should be given," he said while speaking to media in Bengaluru.
He also emphasized that stringent action should be taken against the organisers of the rally. "On such an incident, the police investigation should be conducted thoroughly and proper action should be taken against the organizers of the rally as well."
Amulya allegedly raised "Pakistan Zindabad" slogan at an anti CAA-rally organised by AIMIM chief Asaduddin Owaisi. A case has been registered against Amulya under Section 124 A (offence of sedition) under the Indian Penal Code.
Owaisi has distanced himself from the sloganeering and said, "I condemn this statement. The woman is not associated with us. Humare Liye Bharat Zindabad Tha, Zindabad Rahega." (ANI)