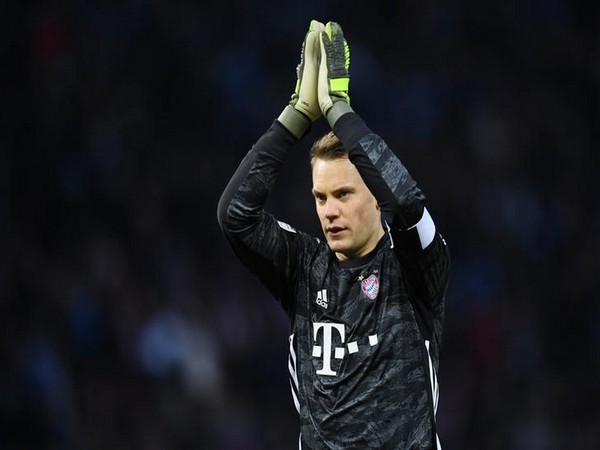 Frankfurt [Germany], July 26 (ANI): Former legendary goalkeeper Oliver Kahn said that Bayern Munich's new signee Alexander Nubel will take one or two years to replace Manuel Neuer as their first-choice player in the goalpost.
Nubel agreed on pre-contract terms with the German champions in January. The 23-year-old goalkeeper's move from Schalke has now been completed, with a five-year contract penned in the process.
"I've spoken to Alexander Nubel a bit. It's a very big step to join Bayern, I experienced that as a player. At first, it's all about acclimatising, settling in here and getting to know your team-mates and the coaching team, and then you have to try to gain a foothold - but it's a gradual thing," Kahn told the Bundesliga's official website.
"He said himself that this is a mid-term challenge for him. That means he accepts that it might take him a year or two to take over from Manuel Neuer, who is absolutely the No.1 at the moment," he added.
Nubel has made 53 senior appearances and is being tipped for a bright future. However, he is going to perform a back-up duty in Bundesliga 2020-21 season. Kahn - who is now a member of Bayern's board - pointing out that they will keep their faith in World Cup winner Neuer for the foreseeable future.
"Last season, you could see how his numerous important saves contributed to us winning the Bundesliga for the eighth time in a row," Kahn said.
Neuer had extended his contract with Bundesliga champions till 2023 in May this year. He has made 383 appearances while playing a leading role in 20 trophy triumphs - including eight Bundesliga title wins and the collection of a Champions League crown in 2013.
Neuer joined FC Bayern in the summer of 2011 and since then has been voted World's Best Goalkeeper four times. In 2014, he was chosen as the European and World Athlete of the Year. He has won seven Bundesliga titles, four DFB Cups, the Champions League as part of the treble in 2013, and the Club World Cup. He also won the World Cup with Germany in 2014. (ANI)