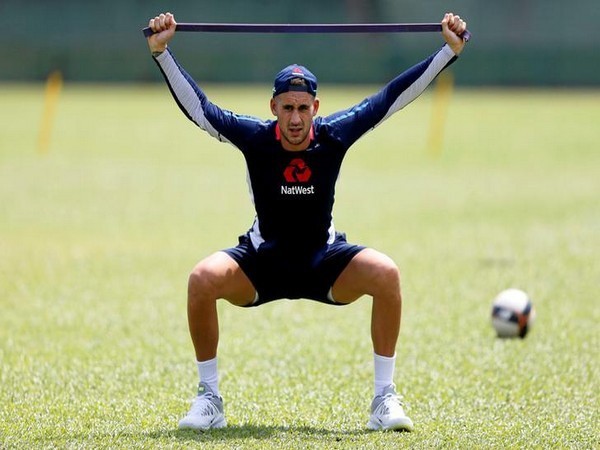 New Delhi [India], Mar 17 (ANI): Amid coronavirus outbreak, England's Alex Hales on Tuesday confirmed that he is self-isolating himself after developing a fever.
Hales took to Twitter and posted a message regarding his health.
"Like many other overseas players, I reluctantly left the Pakistan Super League early because, with COVID-19 reaching global pandemic status, I felt it was more important to be with my family rather than face a period of lockdown thousands of miles from home," Hales, who was representing Karachi Kings in the PSL, said in the message.
"I returned to the UK in the early hours of Saturday morning feeling perfectly fit and healthy and with absolutely no symptoms of the virus. However, I awoke early on Sunday morning having developed a fever and followed the government's advice of self-isolation, a process I am obviously still following having developed a dry and persistent cough," the message added.
However, the batsman said that at this stage, it has not been possible to be tested for the coronavirus.
"At this stage, it has not been possible to be tested although I am hopeful that might be the case later today so that I can get absolute confirmation of my current health status," Hales said.
Earlier in the day, Pakistan Cricket Board (PCB) on Tuesday announced the postponement of the PSL amidst the coronavirus outbreak.
The board also announced that the tournament will be rescheduled. However, no dates have been provided yet.
The decision came just hours before the commencement of the first semi-final between Multan Sultans and Peshawar Zalmi.
"PSL 2020 postponed, to be rescheduled. More details to follow in due course," official handle of PCB tweeted.
Both the semi-finals of the tournament were slated to be played later today, while the final was to be played on Wednesday. (ANI)