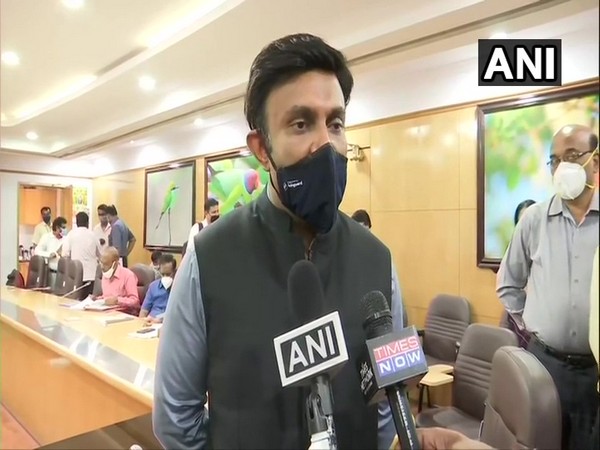 Bengaluru (Karnataka) [India], February 23 (ANI): Soon after Kerala Chief Minister Pinarayi Vijayan sought Prime Minister Narendra Modi's intervention regarding the new travel restriction imposed by Karnataka, Health Minister of Karnataka Dr K Sudhakar on Tuesday clarified that inter-state travel between Karnataka and Kerala has not been prohibited.
"Karnataka has not prohibited inter-state travel between Karnataka and Kerala. As a precautionary measure, guidelines have been issued that travellers entering Karnataka from Kerala must mandatorily possess a negative RT-PCR test report not older than 72 hours," said Sudhakar.
Karnataka Health Minister's comment came after Vijayan today in a letter to Prime Minister stated said that people from Kerala were being put to undue hardship at the border due to the restriction. He also pointed out that the restriction was against the Government of India's policies instructions.
"I request your urgent intervention in this matter so that the hardship of people from Kerala travelling to the neighbouring State of Karnataka can be avoided," Vijayan wrote to the Prime Minister.
On Saturday, Karnataka Health Minister had announced that people from Maharashtra and Kerala would not be allowed entry into the state without a negative RT-PCR test result.
"We have issued circulars for COVID-19 after seeing the surge in Maharashtra and Kerala and both the states share borders with us. On average, 4,000-5,000 cases being reported in Kerala and 5,000-6,000 in Maharashtra daily. We have issued circulars that unless we see RT-PCR negative certificates from those coming from these states, they will not be permitted to enter," Sudhakar had told reporters. (ANI)