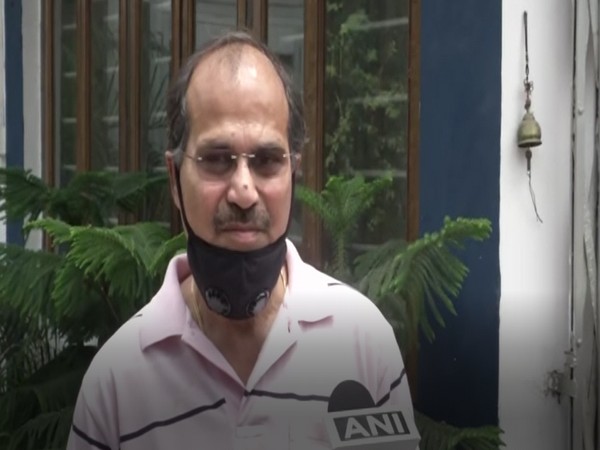 New Delhi [India], May 1 (ANI): Congress leader Adhir Ranjan Chowdhury on Thursday requested Prime Minister Narendra Modi to facilitate the return of migrant labourers stranded across different States, by trains while ensuring all safety protocols.
In the letter, Chowdhury wrote that the persons from his state of West Bengal are very much concentrated specifically in the southern states Kerala, Tamil Nadu and Karnataka, Western states like Gujarat, Maharashtra and other stranded, in Karnataka more than 80,000 people have been stranded as per a conservative estimate, let alone other states.
"In view of the magnitude of this supposed mass movement in so far as stranded persons are concerned, I think movements of trains will certainly be the best option which I have spelt out in my earlier communications to you. So, again I am pleading to facilitate the journey of those stranded persons by trains while taking all safety protocols," the letter further read.
In another letter written to West Bengal Chief Minister Mamata Banerjee, Chowdhury requested that without any delay immediate and effective measures should be taken so as to bring back those stranded persons.
He further requested Banerjee to talk to Central Government so that the stranded persons could be brought back by trains.
"I hope you will leave no stone unturned to bring back stranded persons as early as possible and thus obliged," he added.
Earlier on Wednesday, giving a huge relief to people stuck in various states, the Ministry of Home Affairs (MHA) allowed movement of such people - including migrant labourers, workers, students, tourists and others - and also provided the procedure for the same.
The nationwide lockdown was imposed on March 25 to prevent the spread of coronavirus, which was to end on April 14, is now slated to end on May 3. (ANI)