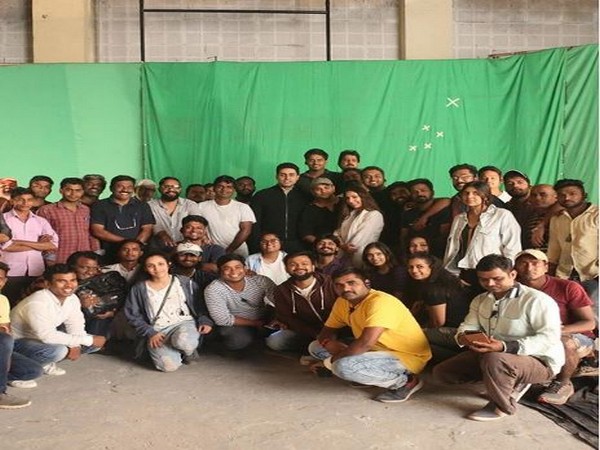 Mumbai (Maharashtra) [India], July 11 (ANI): Overwhelmed by love and support for his digital debut web series, Breathe: Into the Shadows, actor Abhishek Bachchan on Saturday penned an emotional note thanking fans for positive response to the web series.
The 44-year-old star put out a picture on Instagram that features the team of the web series and penned a note as he thanked his fans for the support. He said, "I am so overwhelmed by all your love and support for Breathe: Into the shadows.
As an actor, our greatest joy is to receive a positive response to our hard work. Reading all your beautiful comments all day has been so wonderful and emotional."

Attributing the success of the web series to the team, Junior Bachchan said, "The credit has to go entirely to Mayank Sharma my incredible director. His conviction has been such a guiding light. To the great team of writers; Bhavani Iyer, Vikram Tuli and Arshad Syed. To Abundantia Entertainment our producers, especially Vikram Malhotra for not just co-creating the show but being such a champion of it. Never losing hope and strengthening our resolve whenever we wavered. To an incredible crew, who worked tirelessly and made the show look so awesome. And most importantly did it with a huge smile." 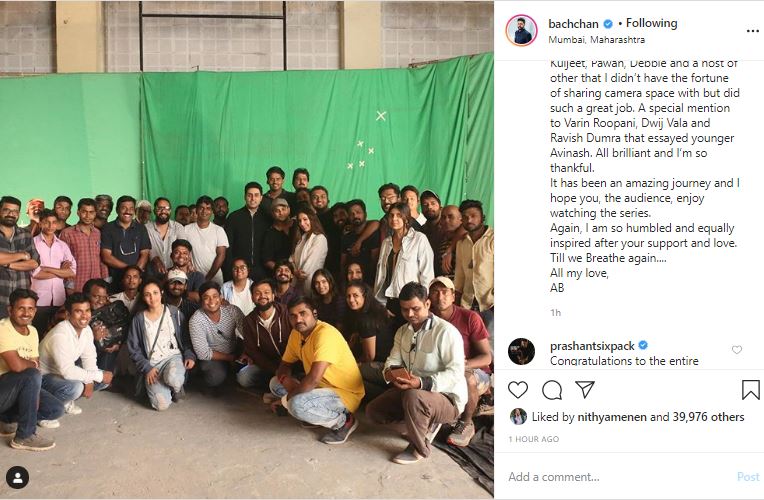 "To the team at Amazon Prime Video for their belief, immense hard work and literally putting their "money where their mouth is"!," added Abhishek.

The 'Dhoom' star also thanked his co-actors and said, "And lastly to my great co-actors. Almost all of the appreciation that Avinash Sabarwal is getting is due to their brilliance. They have all been so understanding, patient and encouraging towards me during the shoot, that whatever my performance is wouldn't be possible without them.
"Amit, Nithya, Saiyami, Hrishikesh, Shrikant, little Ivana, Resham, Plabita, Sunil Ji, Shraddha, Ravi Garu, Shruti, Kuljeet, Pawan, Debbie and a host of other that I didn't have the fortune of sharing camera space with but did such a great job. A special mention to Varin Roopani, Dwij Vala and Ravish Dumra that essayed younger Avinash. All brilliant and I'm so thankful."
Chronicling the journey during the shoot of web series, the 'Guru' actor concluded by saying, "It has been an amazing journey and I hope you, the audience, enjoy watching the series. Again, I am so humbled and equally inspired after your support and love. Till we Breathe again...All my love."
Created and produced by Abundantia Entertainment, the web series also has actors including Nithya Menen, Amit Sadh and Saiyami Kher in other significant roles. The series premiere on Amazon Prime Video on July 10 in more than 200 countries and territories. (ANI)