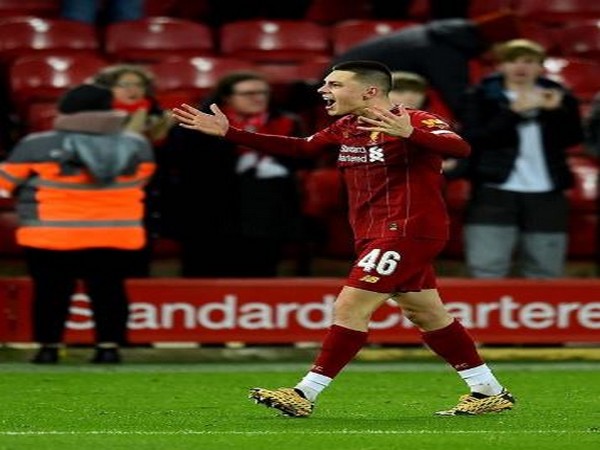 Liverpool {UK], Feb 6 (ANI): Liverpool's Adam Lewis is beaming with joy after making a debut for the club, saying that it is 'dream come true' for him.
"It's unbelievable, I can't even put it into words. My whole family was there and it was just a dream come true for myself," the club's official website quoted Lewis as saying.
Lewis made his Liverpool debut against Shrewsbury in FA Cup on Wednesday after Yasser Larouci got injured. Liverpool secured a 1-0 win in the match.
Lewis is also happy over his club registering a win in the match.
"It's not nice that someone gets injured like Yasser - I don't think like that. But I thought I've been injured and he's taken his chance as well, so now it's my time to prove to the manager that I can cope at this level," he said.
"I think I have done tonight, I've proved myself and I've just got to keep going. It's like the glory of the FA Cup. As they say, anything can happen and credit to lads, we dug in over 90 minutes and obviously got the win," Lewis added. (ANI)