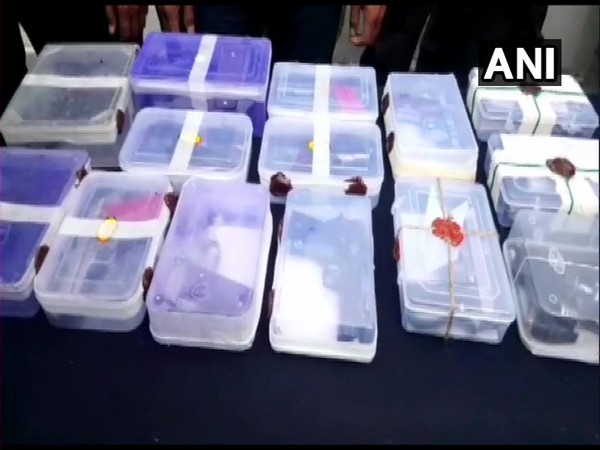 Jodhpur (Rajasthan) [India], Feb 15 (ANI): Jodhpur Police have arrested eight people including a juvenile from various parts of the city and seized 18 pistols, 21 live cartridges and two magazines from their possession.
Police Commissioner Prafulla Kumar said on Friday that informers were activated and monitoring of those who bought illegal weapons at a local level was initiated, after receiving information about the supply of illegal country-made arms in the Jodhpur division.
During this time, police learned Mukesh Solanki, a resident of Dewas in Madhya Pradesh, is the main arms supplier who arrived in Jodhpur to supply illegal arms to the local supplier in Mandore area.
Acting on this, police officers laid siege and arrested Solanki and seized six illegal pistols, two magazines and nine live cartridges from his possession.
After interrogating Solanki, police arrested the remaining six people and a juvenile.
The Police Commissioner said that Solanki ran a group of arms supply on social media and the contractor killers were supplied as per the demand. (ANI)