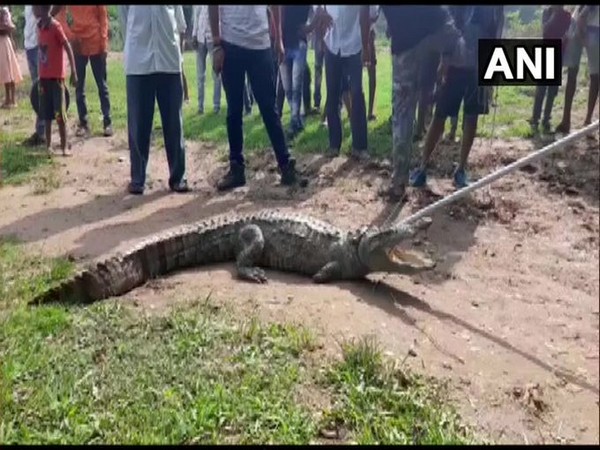 Vadodara (Gujarat) [India], June 13 (ANI): A 7-feet-long crocodile, which had ventured out into fields at Muvada village of Baghola Tehsil in Vadodara two days ago, has been rescued and handed over to the State Forest Department, an official said on Saturday.
One of the officials who rescued the crocodile elaborated how they were called by the village officials after reports of crocodile started making the rounds.
"We had got a call from the sarpanch that crocodile was eating up goats and cows in the village. There was a sense of fear in the area. Two days prior to the catch, a trap was laid for the 7-feet-crocodile," said one of the rescuer.
"We came and laid a trap for the crocodile. For two days we tracked the animal and the third day we got hold of it," he added
Soon after the crocodile was captured, it was safely handed over to the Gujarat Forest Department for rehabilitation. (ANI)