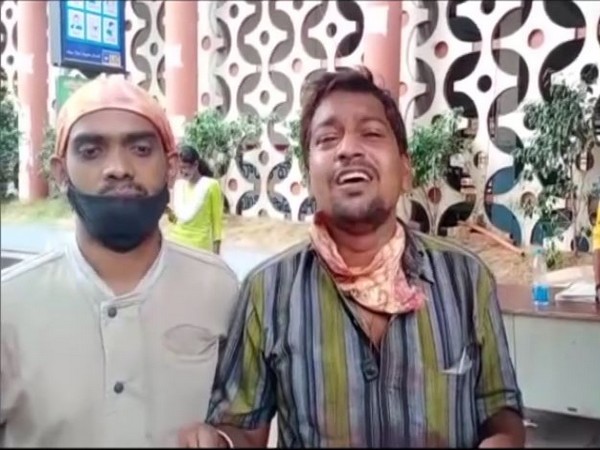 Hyderabad (Telangana) [India], October 1 (ANI): A six-year-old boy was killed after being hit by a patrol vehicle of Mangalhat police station in Hyderabad on Wednesday.
Confirnming the incident, Inspector Ranaveer Reddy told ANI over phone that the patrolling car of Mangalhat police station was being driven by Bhagwanth Reddy, the Special Police Officer on duty. "A case has been registered under section 304 A (causing death by negligence) of the Indian Penal Code," he said.
Father of the deceased, Srinivas, said the incident took place when six-year-old Harshavardhan washing a plate in front of a hotel in Sitharam Bagh.
"The police patrol car had stopped there to inflate tyres. It hit my son while leaving the place," he said. (ANI)