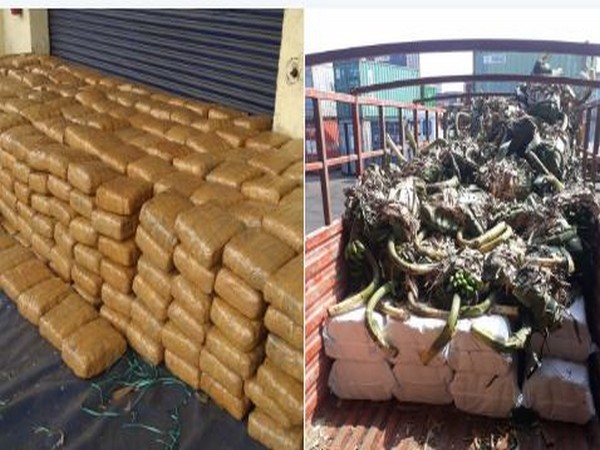 Visakhapatnam (Andhra Pradesh) [India], Feb 28 (ANI): Four persons were arrested here in Visakhapatnam and over 1000 kilogram cannabis worth Rs 2.45 crore seized from their possession, Directorate of Revenue Intelligence (DRI) said on Thursday.
According to DRI officials, a total quantity of 1638 kilograms of cannabis worth Rs 2.45 crore seized was being taken to Bhubaneswar in Odisha in bags concealed under banana stalks.
Based on specific intelligence, officers of DRI, Vishakapatnam launched an operation and intercepted a goods carrier vehicle and a car near NAD Junction on February 26.
On searching the vehicle, the officers found 40 bags concealed under loads of banana stalks. On opening the bags, cannabis weighing 1638 kg of cannabis was found.
A case has been registered and an investigation is underway in this matter. (ANI)