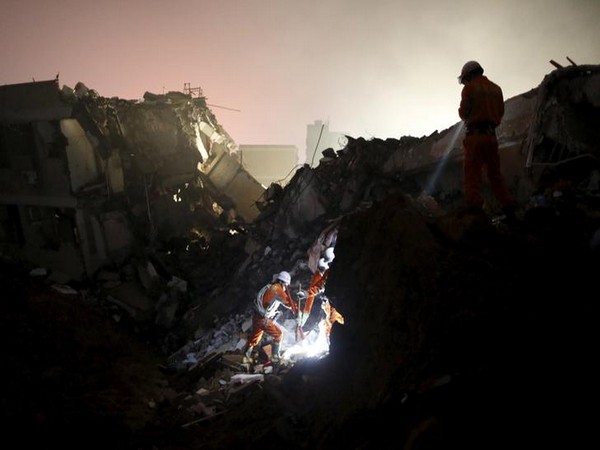 Beijing [China], Mar 7 (ANI): Thirty-three people were rescued, while dozens are still trapped after a hotel building being used as a coronavirus quarantine facility collapsed in China's eastern province of Fujian on Saturday evening, local authorities said.
According to the preliminary report, about 70 people were trapped after Xinjia Hotel in the Licheng District of the city of Quanzhou collapsed at around 7:15 pm (local time) on Saturday. As of 9:30 pm, 33 people had been rescued, Xinhua news agency reported.
A total of 147 rescue workers have been sent to the scene of the incident.
Further details are awaited. (ANI)