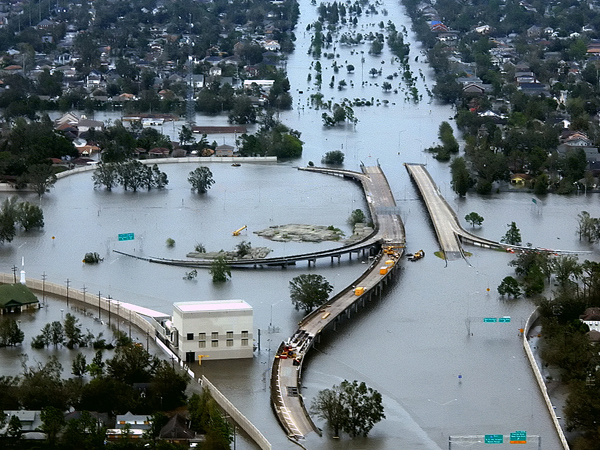 Washington D.C. [USA], July 25 (ANI): Hurricane Hanna strengthened to a Category 1 hurricane Saturday morning, and is expected to make landfall in southern Texas later in the day.
Hanna, the first hurricane of the season in the Atlantic, had sustained winds of 75 mph around 7 a.m. CT (8 a.m. ET), and its centre was about 100 miles east-southeast of Corpus Christi. It is forecast to make landfall along the Texas coast, likely somewhere between Corpus Christi and Brownsville, in the afternoon or early evening, CNN reported citing the National Hurricane Center.
Heavy rains -- 6 to 12 inches -- is expected in south Texas and the Mexican states of Coahuila, Nuevo Leon and Tamaulipas through Sunday night.
About 3 to 5 inches of rain are expected along the upper Texas and Louisiana coasts.
Conditions along the southwestern Gulf coast, in particular southern Texas, have already started deteriorating. The main threats will be dangerous tides and a storm surge along with extreme rainfall. Flood alerts are in place from the Mexico/Texas border to southwestern Louisiana as Hanna is expected to bring over 12 inches of rain locally to parts of southern Texas through the end of the weekend.
A hurricane in the Atlantic at this time of year is somewhat ahead of the norm. The Atlantic's first hurricane does not normally form until about two weeks into August.
Hanna is on track to become the first hurricane to hit Texas in the month of July since Hurricane Dolly in 2008.
Meanwhile, Hurricane Douglas remains a Category 3 hurricane as of 3 a.m. (EST) with sustained winds of 115 mph and is moving WNW at 20 mph toward Hawaii.
Douglas is expected to pass dangerously close or pass over the Hawaiian Islands Saturday night into early Monday morning.
Douglas will bring a triple threat of damaging winds, flooding rain and dangerous surf, especially along eastern shores.
A Hurricane Watch is in effect this morning from Oahu to the big island of Hawaii.
Elsewhere, Gonzalo remains a Tropical Storm as of 3 a.m. EST with sustained winds of 40 mph and is moving west at 17 mph.
The storm is weakening as it heads south of the Windward islands and may lose its tropical storm status on Saturday, thus becoming a tropical depression.
However, the storm is expected to bring dangerous surf and torrential rains to the southern Caribbean islands Saturday through Sunday night when it will reach Aruba.
Heat alerts are in place this morning for 10 states from the Pacific Northwest to the Midwest. Today's heat index values are expected to hit the triple digits in parts of the Midwest. (ANI)

5 thoughts on “3 Storms threaten US, Caribbean this weekend, conditions worsen in Texas”